Spoilers: Caught in the Wetland of the Copyright Infringement? 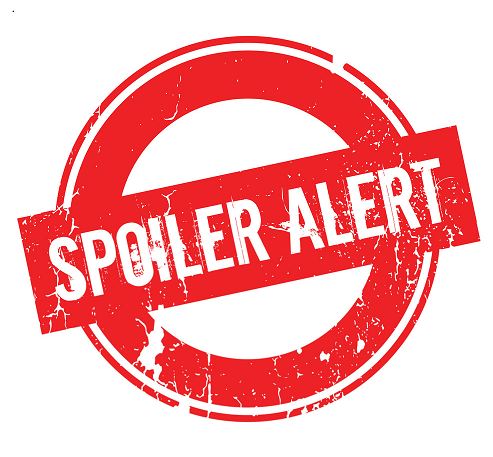 Last week, after a long wait of almost two years Mirzapur Season 2 was released on Amazon Prime Video on Thursday. As we were waiting impatiently for Mirzapur Season 2 we hardly could control ourselves from watching the series. However, everyone was or is not able to do so. In such a case, the rise of social media has made it nearly impossible to avoid spoilers. In this article, we will be discussing the legality of the spoilers under the Intellectual Property Regime.

Ohh! You are observing it for the first time?

This is not the first time we have fallen upon spoilers on social media, Game of Thrones and Avengers: Endgame are other names to cite. As usual in both the cases no one faces legal repercussions. However, in The Walking Dead an American horror television series a fan group known as “The Spoiling Dead Fans” while snooping around for clues as to what is to be shown in one of the show’s season finales was issued a cease and desist letter by AMC threatening an action for copyright infringement. Similarly, HBO sent a series of DMCA requests to take down some of the videos posted on YouTube channel of Spanish geek vlogger Frikidoctor containing spoilers. Likewise, in reality competition television series named “RuPaul’s Drag Race” Producers sue anonymous leaker “RealityTVLeaks” for posting spoilers and leaks on social media.

Spoilers: A Fair use?

Since, spoilers are clearly not for educational purposes and the creator of spoilers uses social media to distribute their content, they are possibly receiving money from their videos or channels. Analyzing the nature of the work is quite difficult, in such a case if the spoilers infringes specific protection that the copyright is intended for, it will not fall under the second criterion of the fair use doctrine. With regard to third criteria, it was quoted that- “the more of a copyrighted work that is taken, the less likely the use is to be fair”. However, if the spoilers display the plotline of the original copyrighted work through a short video clip there will be no more surprises as spoiler has already mentioned it and thus would not fall under the fair use doctrine. Finally, the effect upon the potential market requires to consider market harm. Since due to spoilers there is less likely that people will be tuned in and watch the creative work which will ultimately affect the market of the production companies.

Lenz v. Universal Music Corp.: A famous case on Understanding the Doctrine of Fair Use

In this case Lenz filed a lawsuit against Universal Music Corp. and two other publishing groups for misrepresentation in their takedown notification. Universal sent the takedown notification to Lenz for posting a 29-second short video clip on YouTube of their two children dancing on Let’s Go Crazy song, claiming the video was a copyright violation. The Video clip was removed from YouTube and Lenz was informed about copyright infringement. Lenz thereafter sent YouTube a counter-notification, claiming fair use and was successful in getting the video reposted on YouTube. The United States Court of Appeals for the Ninth Circuit while analyzing the case held that copyright holders must consider fair use in good faith before issuing a takedown notice for content posted on the Internet.

From cases such as the ones mentioned above it is clear that sometimes spoilers caught in the infringement of the copyright. From the discussion made above about the fair use doctrine it can be rightly said that posting the critical plot detail could amount to copyright infringement. At the other end, it can be argued that a single key plot would not amount to infringement because the spoilers and original creator have similarity in their ideas but not in the manner in which it is expressed and thus can be protected from the Copyright Infringement.

India who has a thriving and flourishing OTT industry is likely to grow at a fast rate. In such a scenario, spoilers may affect the season’s end cliffhanger of viewers in their favorite web-series. The development of the cases against the spoilers in above mentioned cases and spoilers available on the social media of recently released Indian Web Series like Mirzapur Season 2, Scam 1992: The Harshad Mehta Story, Arya, Your Honor, JL50, etc. are going to attract Production Companies very shortly.