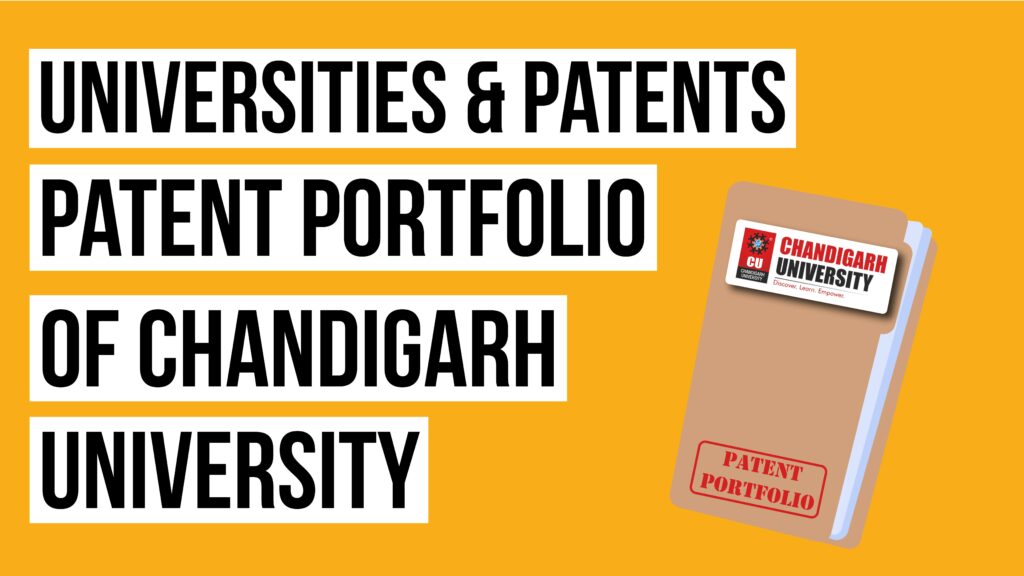 Few years back, Apple was ordered to pay the University of Wisconsin $506 million for infringing one of its tech patents; a similar case took place when Carnegie-Mellon University won $750 million in a patent infringement lawsuit against Marvell Technology Group.

This may trigger a question in one’s mind – can universities generate revenue from their patents?

With such big-money patent cases in the news, you might think that owning a patent can create a major windfall of profit for universities. While this has proven true for a handful of institutions, in reality, most universities make little or no money from licensing the inventions they produce.

If we talk about numbers, Patent office of India has come up with top 10 universities filing maximum number of patents, as per the report of 2018-2019. 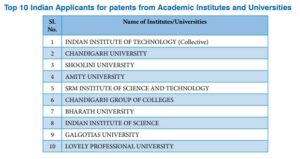 Universities and other education institutes are considered to be the most important foundation for the growth of any country. It is believed that universities are the place where most of the basic ideas lead to futuristic research that can be further transformed into inventions. It is highly recommended that any invention fulfilling the criteria of patent must be patented, as without doing that, it will not be considered an Intellectual Property. Intellectual Property Rights (IPR) acts as a shield for such inventions from being misused by third parties, and help in the commercialization of these inventions. Moreover, there are various other reasons as to why Academic Institutes or Universities should consider filing a Patent Application for protection of inventions that have been carried out in their campus.

Universities and patents benefit each other. Patents help universities to improve their ranking, establish an innovation ecosystem, incubate knowledge-based start-ups, increase industry relationship, earn additional revenue and measure research activity. In its biggest push to create entrepreneurial universities, the University Grants Commission (UGC) has now asked all universities in India to set up Intellectual Property (IP) centers. As universities line up to set up these centers, they will face a strange human resources problem: despite the policy push to have more IP, we simply do not have enough IP professionals in the country.

There’s one Indian university which has actually changed the innovation and patent scenario; not only are they filing huge number of patents but are also conducting innovations in a remarkable manner.

This is India’s youngest university to be NAAC A+ accredited and is also ranked in the top 100 of NIRF, but this isn’t all, this youngest university is 2nd in Top 10 Indian Applicants for patents from Academic Institutes and Universities and 1st among private universities. This university has also marked its position alongside WIPRO and TATA consultancy in the Top 5 Indian applicants for patents in the field of Information Technology.

Now time for the big revelation, the name of the university is Chandigarh University (CU). Till now, CU has filed more than 1200 patent applications, about 1000 more are published and they own approx. 100 designs.

CU has been focusing its research and development unit towards building socially inclined projects which do good industry wise but also have social impact in changing lives by solving people’s problems.

CU students are being prepared for futuristic research and not for turning into book worms. The quality of their patents show that the university is working hard towards providing its students an innovative entrepreneurial environment along with preparing them for jobs.

The students there have developed a problem solving approach and they are a good identifier of problem, they can work on that problem and always have a good invention in your hand.

For any university to be different that university should not just focus on completing the course but their inclination should be toward building skills and innovators, I think academics these days should choose one of the most widely used and effective five-step formulas from project management, which is called IDEAL – Identify, Define, Examine, Act and Look, and CU has been successful in maintaining the same.

DEFINE the main elements of the problem

ACT on resolving the problem

LOOK for lessons to learn

CU has not only filed for patents but has also registered design and trademarked their logo and name.

All this information is worth mentioning because there are very few institutes that focus on their complete IP portfolio. The topnotch management of CU realizes the importance and global scenario of IP and patents therefore they have given importance to the same.