US Court Dismisses the Legal Dispute over Frida Kahlo’s Trademark 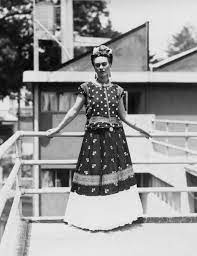 US Florida court ended the legal battel between the Frida Kahlo Corporation and the artist’s heirs over ownership of her.

In March 2018, the Frida Kahlo Corporation (FKC) filed a complaint in a US District Court for Southern Florida, claiming that Isolda Pinedo Kahlo and her daughter, Maria Cristina Romeo Pinedo was illegally using Kahlo’s image and undermining the company and accusing the two of trademark infringement.

The long- simmering question between the two gatherings was aggravated after Mattel’s arrival of a Barbie doll portraying the late Mexican artist. Her family members contended in a Mexican court that the organization didn’t have permit to Use Kahlo’s picture for the series of toys which regarded motivating ladies ever in the history. A judge ruled in support of them and ordered the toymaker and retail Stores in Mexico to stop commercializing the doll.

“Expressly offers goods and services using the trademark Frida Kahlo, a trademark that is identical to Plaintiff’s FKC Trademarks,” according to the court documents.  On this the judge Robert N. Scola Jr said that “litigation in Florida would be burdensome for the Defendants two individuals who both reside in Mexico City and have no connection to Florida,” “Florida’s interest in this dispute is minimal. While the Plaintiffs allegedly have an office in Florida, there has been no showing of the impact of the Defendants’ alleged infringements in Florida to raise Florida’s interest beyond a generalized interest in enforcing federal law,” he added.

“Ongoing litigation in Mexico and Panama countries where the parties indisputably reside may provide forums” noted by the Judge Robert N. Scola Jr for a legal battle to be fought.