Ford and GM will settle trademark fight over hands-free driving 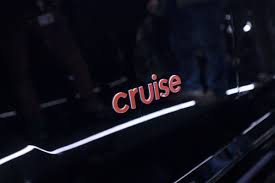 Ford Motor Company and General Motors Company will attempt to settle a trademark fight over the branding of their hands-free driving technology out of court the companies’ lawyers told a US judge. This blow for blow began when in July GM had sued Ford for violating a trademark driver-assist technology. The organization had tried to stop Ford from using the name “BlueCruise” to showcase its hands-free driving technology.

“Both the motor companies are continuing to work out terms of the settlement and will report back to court within 60 days if an accord isn’t reached,” Lawyers for the companies said to a San Francisco federal judge.

When ford renamed its Co-Pilot360 Automated driving system as “BlueCruise” in April, GM sued ford for violating their trademark driver-assist technology and said they were taking action to protect its “super-cruise” and “cruise” the name of its self-driving affiliate Cruise LLC.

Ford motor company fired back, asking the USPTO (US Patent and Trademark Office) to deprive GM of the two trademarks (Super- Cruise & Cruise). It discussed that the whole industry should be able to freely use the word ‘cruise’ to describe driver-assist technologies. The agency doesn’t typically register words and phrases that are commonly used. “We also offer Blue Cruise as a wireless software update for the Electric Mustang Mach-E,” Ford announced.