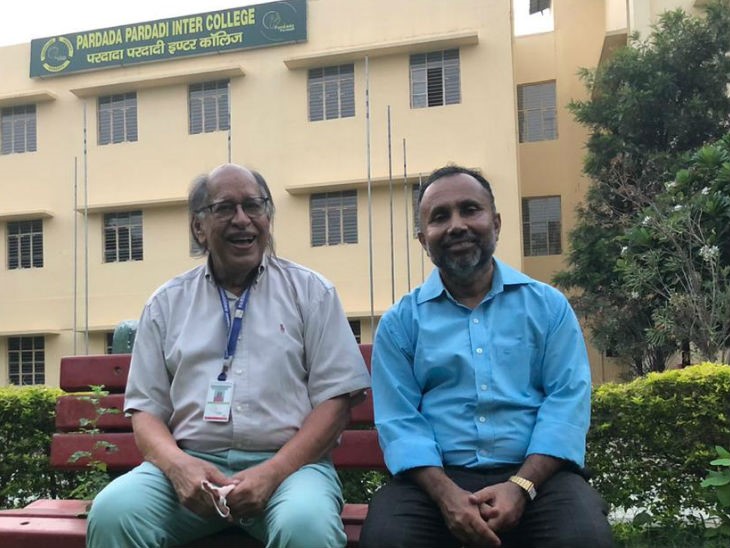 Even today in the rural parts of the country girls are married off at an early age right after they start menstruating. At an age where girls should be encouraged to study, they are made to sit at home. Even if girls in villages want to study they face two major problems- first, their families think that education is only for boys, second, the poor financial condition of the family makes it impossible to pay for their education.

Situated in Bulandshahr, ‘Pardada-Pardadi’ school is making learning possible for underprivileged girls. The school has 1600 girls from 65 villages studying till class XII. This unique school provides free education, food and transportation to girls. As per a report in Dainik Bhaskar, 17 buses are also used for picking up girls from different villages around.

The foundation of the school was laid by Virendra Singh, who hails from Bulandshahr. He moved to US for a job and after making good money he returned to his village for a noble cause. For Virendra Singh, it was a dream come true.

“I have achieved enough, many of my friends in US used to tell me that India needs more people like you, you should go back and do something. They were also correct,” said Virendra Singh. Coming back to his village he realized how important it is to work for the upliftment of the community members over there.

Virendra Singh recalls an incident that shook him and brought this focus to the cause of girl-education. A girl, barely 12-13 years of age, having blood stains on her salwar. On seeing this the girl’s aunt told her mother that her daughter has now become young and is ready for marriage.

He realized that as soon asgirls hit puberty in his village, the family of the girl starts thinking that she is ready for marriage. He made up his mind to do something for the girls in his village. Although it has not been an easy task for him as most people were not convinced with his idea.

Only girls of poor households could get admission in this schools. However, the parents were sceptical and didn’t want to get their girls admitted. “People used to think that someone has come from abroad with money and would promise us two to four days and go back, but we explained the villagers that we are not asking for any fees from you. You send your children for a month or two and even then if you don’t feel right, they can discontinue,” he said.

The school also started to offer Rs 10 daily to girls who attended school class and the amount could only be claimed after they finished school. This was to prevent sneaky families from using their daughters for money. As there were some families who stopped their daughters from going to school after they received a few thousand rupees!

However, the thought of some families using the incentive to marry their daughter off crossed his mind. But he was happy to find that by the time the girls finished their education, they wanted to study further!

“On an average, every child’s education in school costs Rs 39,000 annually. This money is mostly paid by NRIs who have taken up the education of these children,” said ‘Pardada-Pardadi’school.

“We could have never been able to give our daughter the education that is required. Today, when our daughter speaks in English, we are filled with pride,” said the father of a student.

Kudos to the school and Virendra Singh for their noble deed!