Computer scientist: AI should have its own copyrights as an “artist” 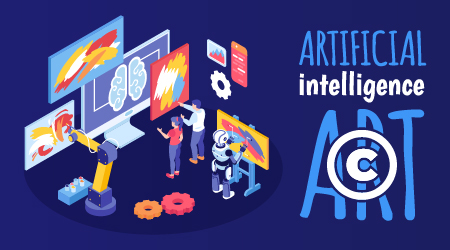 Stephen Thaler, a computer scientist, requested to federal court in Washington, D.C. determine that his artificial intelligence system is entitled to copyrights for the artwork it produced.

In a case he filed in June, Thaler sought the U.S. District Court for the District of Columbia to reverse a ruling by the U.S. Copyright Office that stated creative works must be produced by humans in order to be protected by copyright.

The Thaler case, which concerns copyright issues in AI-created works, comes at a time when AI-based generating software like ChatGPT, Dall-E, and Lensa is rapidly gaining popularity. There is a “real financial importance to this case,” said to his attorney Ryan Abbott of Brown Neri Smith & Khan, which “may not have been so readily evident a year and a half ago.”

A decade from now, it will “seem odd that people were debating if we should protect these sorts of things,” according to Abbott, who also noted that safeguarding AI-created art would advance the objectives of copyright law.

The Copyright Office chose not to respond.

For his AI invention method, Thaler has individually sought to win patents in 18 international jurisdictions. That endeavour has so far failed in the United States, the United Kingdom, the European Union, and Australia. March will see a hearing before the UK Supreme Court over Thaler’s challenge there.

In 2018, Thaler submitted a copyright request for the autonomously created visual work “A Recent Entrance to Paradise” created by his Creativity Machine technology. In Thaler’s application, the author of the work was identified as the system.

The application was denied by the agency in February of last year. Citing “statutory text, court precedent, and traditional Copyright Office practise,” they stated that works must have human creators in order to be copyrightable.

According to the office, courts that have interpreted the Copyright Act, including the Supreme Court, “have consistently limited copyright protection to compositions of human authors.”

The Copyright Act, according to Thaler, “does not restrict copyright to human-made works, nor does any case law,” and the office’s decision was founded on an out-of-date line of reasoning, he claimed in a federal court filing on Tuesday.