BMW vs. DMW: A Fight between Well-Known Mark and an Ordinary Person Mark 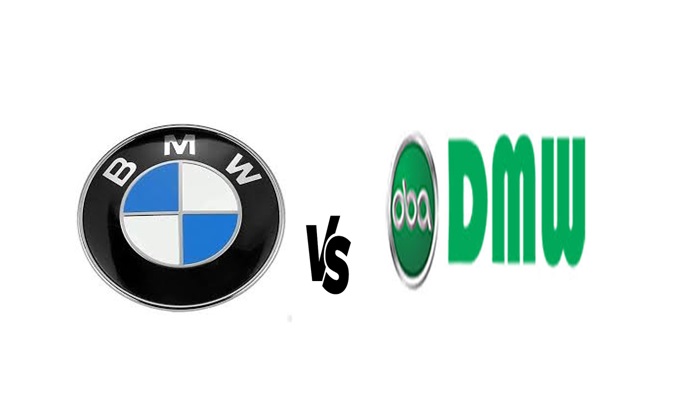 As Trademarks play a vital role in allowing individuals as well as businesses to maintain the quality and helps them to distinguish their goods and services from that of another.

The logo, symbols and words relating to a specific brand are etched into the minds of customers by persistent goodwill and steady delivery of high-quality products over a time span in the market which creates a unique identity for their business.

The case of BayerischeMotorenWerke AG vs. Om Balajee Automobile (India) Pvt. Ltd. will further help us to understand how trademarks are important and how does a deceptively similar mark deteriorate or blur the goodwill of other trademark to which they are similar too.

A deceptively similar mark is defined under Section 2(h) of the Trademark Act, 1999 which means a mark that resembles the other mark, which in turn is likely to deceive or cause confusion, as to the source, product, and quality of a goods and services.

BayerischeMotorenWerke AG famously known as BMW is a German multinational company which manufactures/produces luxury vehicles and motorcycles. It was established in the year 1916, and it registered its mark BMW in the year 1917 under Class-12, 7, 8, 9, and 11.

This mark was termed as well-known mark due to extensive and continuous use in India and qualifies as a well-known trademark as envisaged in the Trademark Act, 1999.

The Other Side of the Coin

BMW (plaintiff) issued a cease and desist notice in 2016 and subsequently filed a lawsuit against Om Balajee Automotive (India) Pvt. Ltd (Defendant) to discontinue the use of the mark DMW

The principal claims of the plaintiff against the defendant was that the impugned mark DMW was deceptively similar to their mark BMW.

The plaintiff furthersubmitted that both marks BMW and DMW consist of three characters, of which the second and third characters are identical, making both the marks phonetically and structurally very similar.

They further claimed before the court that their mark (BMW) is a well-known mark and the defendant purposely used the same mark to invoke their mark in the mind of customers. Therefore,it “seems like a deceptive act in order to use their prestige and goodwill.”

The defendant argued thathis mark is different visually, structurally and phonetically from that of the plaintiff’s mark.

They further claimed that his section of customers, class and nature of business is completely different from that of the plaintiff. Therefore, if both marks are compared there is no per se similarity.

The Delhi High Court decided that the name of the DMW would be identical in visual and phonic terms and would consequently confuse the prudent person.

The court has ordered the Indian company to “restrain from manufacturing, exporting, importing or offering for sale, advertising or in any manner dealing with goods not limited to e-rickshaws bearing the mark DMW or any other mark which are identical or deceptively similar to the plaintiff’s BMW mark.”

The fight for Trademarkprotection against deceptively similar mark isn’t new, the comparison between the two marks depends on various factors such as awareness of public, the extent of similarities between the marks and the goods and services provided by them etc.

In this case, the significance of a trademark is synonymous with its renowned reputation and it enjoys a relatively high level of defense because of its reputation in the general public.

Hence, the judgment provided by High Court stating that DMW is deceptively similar to BMW mark is precise as it can lead to confusion in the mind of prudent individuals. Therefore it is, acknowledged that trademarks play a vital role in the growth of all business structures across the globe.