New Display Technologies to be Shown by Samsung on January 6, 2021 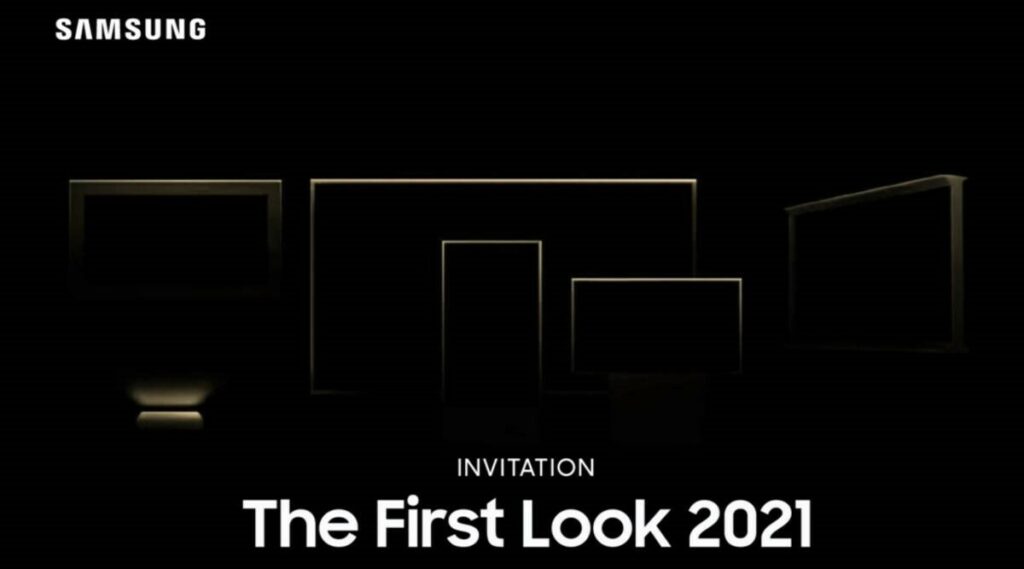 To hit the new year with a bang, Samsung is all set to host an event titled ‘The First Look 2021,’ on January 6, 2021. The company is planning to show off the “future of the display” through its latest Samsung technologies and “visions.” The event will be live-streamed via Samsung’s official website. It is scheduled just a few days before CES (Consumer Electronics Show) 2021, which will kick off January 11 and continue until January 14.

While a very few details regarding the event at the moment, Samsung is widely expected to unveil its 2021 Smart TV lineup. This year at CES event, Samsung announced its bezel-less QLED 8K TV along with new 88–inch and 150-inch MicroLED TV models. In 2021, the South Korean giant could showcase its new MicroLED TVs and Mini-LED TVs. The latter could be available in four screen sizes, including 55-inch, 65-inch, 76-inch and 85-inch.

We could also see new 4K and 8K QLED TVs from Samsung. It is also expected to announce the improved versions of The Frame, The Serif, and The Sero lifestyle TVs. SamMobile suggests that the brand could also take the wraps off new laptops and tablets that use new display technologies. Brands like Apple also has plans to introduce tablets and laptops with mini-LED displays in 2021, as per several reports.

Samsung isn’t expected to announce its latest smartphones at the event. If rumours and leaks are to be believed, Samsung will introduce the new Galaxy S21 series at the January 14 event. The brand could also show off a few more foldable phones at the same event. This suggests that the January 6 event will only be about the first look for larger displays.