Ms Paint and Snipping Tool to be Updated by Microsoft Now 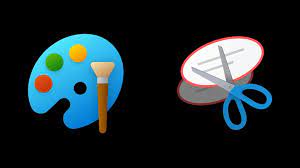 MS Paint is now to be available on Microsoft Store along with the Snipping Tool. Though these two apps, earlier were not available but now can be updated via Microsoft Store. These changes will be a part of the Windows 10 Insider preview which will have personalisation options for news and interests on the taskbar, improvements to display settings, new camera settings, along with many smaller improvements and fixes to the UI.

In a blog post of Wednesday, Microsoft announced that MS Paint and Snipping Tool will be available on Microsoft Store so that they can be regularly updated. Microsoft has been trying to move MS Paint users to Paint 3D by introducing it with the Windows 10 Fall Creators Update, since 2017.

Recently, Microsoft made an announcement which said that the fresh installation of windows would not contain Paint 3D and 3D viewer along with it, though they will be available through Microsoft Store.