From Chacha Chaudhary to Shaktiman: Can Fictional Character Be Protected Under Law of Copyright? 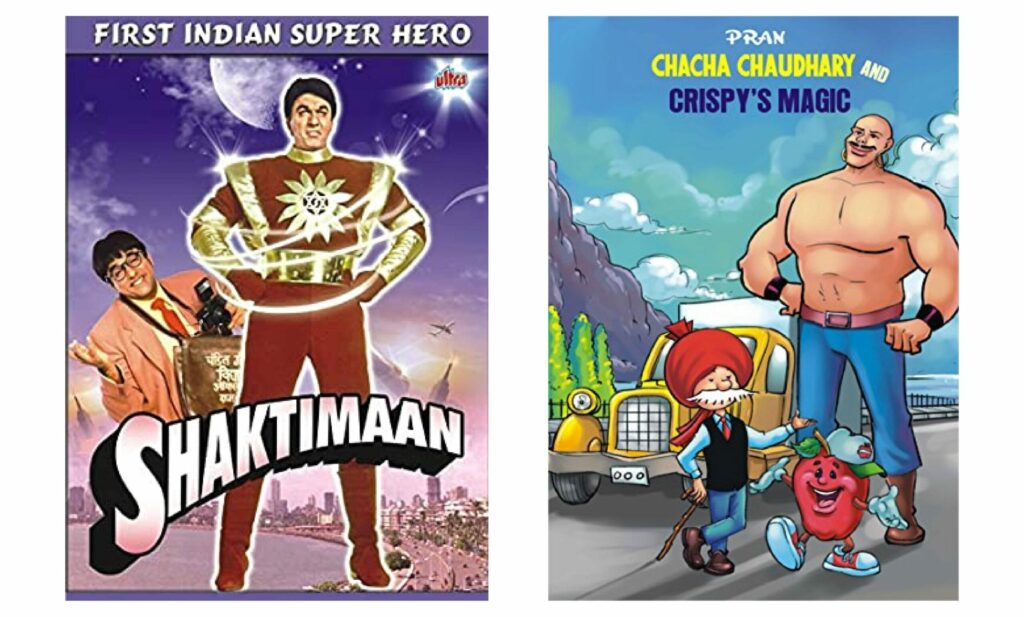 If you are a Binge watcher or Serioholic or even if loved to spend your free time before TV Shows, then you must remember that seven years ago in 2013 the owner of the TV show “Comedy Night with Kapil Sharma” has claimed sole, exclusive, absolute and unlimited ownership over character “Gutthi” from the show coming out on Colors TV. Recently, Activision- the publisher of popular video game Call of Duty (COD) was sued over their COD character Mara for copyright infringement.  Along with these two examples, there are many other cases that raise questions that whether the fictional characters like Chacha Chaudhary, Byomkesh Bakshi or Shaktiman can be protected under the Law of Copyright. Through this article, an attempt was made to elucidate all possible protection of fictional character under the law of copyright.

Introduction to Law of Copyright

Copyright is the bundle of rights that confers an exclusive right upon the author of the original work. It is intended to protect the idea which is expressed in some tangible form, but not the idea itself. The work commonly protected by copyright includes literary, artistic, musical, dramatic, sound recording, and cinematograph film.

In India, Section 13 of the Copyright Act, 1957 provides subject matter or work in which copyright can subsist. If we try to understand Section 13 in the light of the fictional character we can draw a conclusion that the fictional character might be protected under the category of literary or dramatic work if we consider it as part of a script or it can be protected as a performer’s rights.

In the absence of any explicit provision under the Law of Copyright, Indian Court has developed some precedent that will help us further in understanding this topic. The first and foremost case which can elucidate the whole scenario will be Star India Private Limited vs. Leo Burnett, 2003 (2) Bom CR 655, 2003 (27) PTC 81 Bom. wherein, the creator of the fictional character of TV Series “Kyun Ki Saas Bhi Kabhi Bahu Thi” tried to prevent telecast of commercial advertisement film titled “Kyun Ki Bahu Bhi Kabhi Saas Banegi” featuring characters who were identical to the Plaintiff’s television series. After reviewing the evidence, the Hon’ble Court denied the Plaintiff’s request for relief and establishes a test of public recognition for determining character rights.

Again in the case of Arbaaz Khan vs. NorthStar Entertainment Private Limited, 2016 SCC OnLine Bom 1812 : (2016) 3 AIR Bom R 467 it was argued by the plaintiff that the defendant has portrayed the character of “Chulbul Pandey” from the “Dabangg” franchise in their movie. The court rejected the plaintiff’s contention and refused to grant an injunction. The court ruled point-wise dissimilarity test to compare the fictional character. Though the court has refused to grant an injunction, they have admitted that the fictional character is capable of receiving legal protection in India.

In the United States the subject matter is far more evolved, with elaborate judicial tests. For instance in the famous case of Walt Disney vs. Air Pirates, 581 F.2d 751 (9th Cir. 1978) the Federal Circuit Court of United States has evolved two-step test for determining the infringement of characters. It can summarize as follows:

In another case, Nicols vs. Universal Pictures Corporation, [45 F.2d 119 (2d Cir.1930)] the court has evolved the “Character Delineation Test” that means only such character can be entitled to the copyright protection that has developed to such extent that it may be delineated from the story itself.

Further in another case of Warner Bros. Pictures Inc. vs. Columbia Broadcasting System, [216 F.2d 945 (9th Cir. 1954)] the court has developed “The Story Being Told Test” where it was held that for the copyright protection the story must revolve around the character itself only.