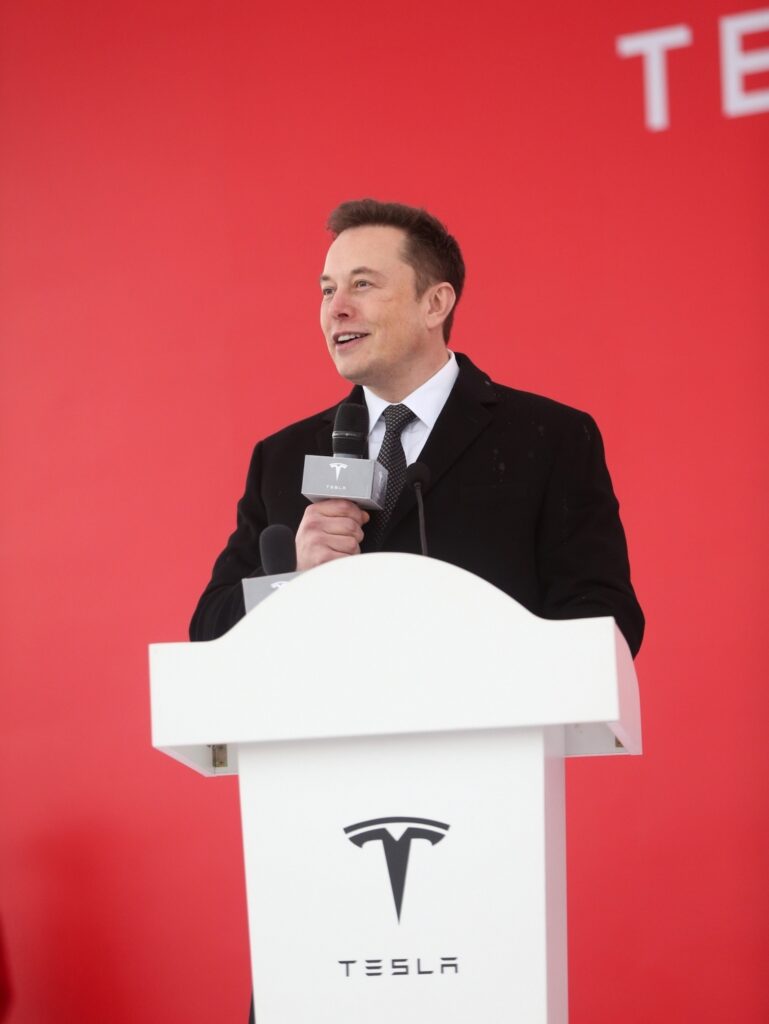 Move over, In-N-Out Burger. Elon Musk, chief executive officer of Tesla Inc., is one step closer to opening a diner.

On May 27, Tesla filed applications with the US Patent and Trademark Office to use its “T” logo design and two other iterations of its “Tesla” stylized logo for use in the food industry.

The prolific Musk has talked about opening a diner in southern California for years. In 2018, he tweeted about planning to put an “old-school drive-in, roller skates & rock restaurant at one of the new Tesla Supercharger locations in LA” shortly after JB Straubel, Tesla’s chief technology officer, told attendees at a restaurant convention that Tesla has “already been working with restaurants” on the concept for convenience stores and food centres at its charging stations.

Musk seemed to confirm progress on the idea in April, when he tweeted: “Major new Supercharger station coming to Santa Monica soon! Hoping to have 50’s diner & 100 best movie clips playing too. Thanks Santa Monica city!” He had previously tweeted enthusiasm for offering popcorn there, along with “an outdoor screen that plays a highlight reel of the best scenes in movie history.”

The diner-convenience store angle may be why Tesla has applied for a food-based trademark, which is not standard procedure for most restaurants. Trademarks are generally set forth for brands planning to start a franchise or go national. It’s a move that indicates plans for big growth, says Steven Kamali, a hospitality investor.

“Sophisticated investors often secure intellectual property by filing for a trademark,” said Kamali, who founded Hospitality House, a food and beverage agency, and The Chef Agency, an executive search firm for the food industry. “It helps deter others from impeding on their mark and ultimately competing with them. It also signals that they anticipate large-scale growth with the proposed brand and concept.”

Indeed, Elon Musk first revealed plans to launch a tequila in 2018 after registering for the “Teslaquila” trademark.

Still, California road trippers will have to be patient. Even with trademark approval, the process for getting the correct permits takes months—especially in Santa Monica, says Josiah Citrin, the founder of Citrin Hospitality, which includes Citrin and Melisse restaurants.

“If it’s not an existing restaurant—and it probably isn’t, [if] it’s part of a big charging station—you have to get a [conditional] use permit, which can take six to nine months, depending on the location,” Citrin said. “Even if it is an existing restaurant, it takes at least 12 to 14 weeks to get permits before you can even start building.”

Hans Röckenwagner, the chef and CEO of Röckenwagner Bakery Group, put it more bluntly: “For as futuristic and fast as the Tesla is, the exact opposite could be said for the [restaurant] process in Santa Monica. See you in a year—if you’re lucky—Elon.”