Emami gets edge in trademark case against Dr. Morepen 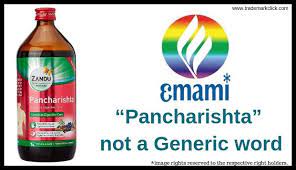 Against the trademark case of Dr. Morepen, FMCG major Emami gets edge on 13th September 2021.

FMCG major Emami on 13th September 2021 has a favorable order on a trademark infringement suit against Dr. Morepen a leading pharma organization. The suit was recorded under the watchful eye of the Commercial Court at Alipore for encroachment of trademark under Section 134 of the Trade Marks Act, 1999. This was intended for passing off and extremely durable injunction and for encroachment of copyright under the Copyright Act, 1957.

The defendant explained that the word “Pancharishta” is based on traditional ayurvedic texts.   “Arishta” has been described as a drug which is prepared using water and boiling the same is scripted in Sarngadhara-Samhita, published from Varanasi. The defendant claimed that as “Arishta” is an ayurvedic preparation, so no monopoly can be claimed or granted in respect of the same.

Emami showed the results of Search engines which presented the product of the plaintiff and not the resource of Aristha after typing Pancharishta. Further, the plaintiff claimed that the mark “Pancharishta‟ is a unique combination of the number ‘5’ in Devanagari/Hindi language, combined with the word Arishta and not existed prior to the Plaintiff‟s usage.

The Commercial Court at Alipore allowed the application of Emami for temporary injunction earlier under Section 151 of the Trade Marks Act, 1999 and Copyright Act, 1957.