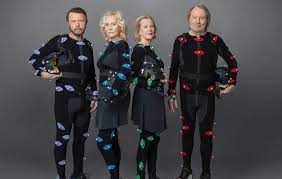 In a suit filed on 3rd December 2021, ABBA has sued the British cover band ABBA MANIA for trademark infringement, alleging that the latter act’s behavior has been “parasitic and bad-faith.”

The suit reads, “Defendants include the term ‘official’ and ‘original’ in many of their marketing materials, website pages, and social media handles, which gives consumers the impression that there is some kind of association, affiliation, or sponsorship between ABBA and ABBA MANIA.”

The suit added, “In an attempt to amicably resolve this dispute, ABBA explained how defendants could properly use the phrase ‘ABBA Tribute’ in a non-confusing manner to describe their tribute act so long as the actual name of the tribute act did not include the word ABBA.”

At the bottom of ABBA MANIA’s website there is disclaimer stating, “Abba Mania is no way associated, affiliated, or endorsed by Polar Music or Abba.” If the statement is enough to protect the act from legal repercussions it is yet to be seen.

The lawsuit comes as the Swedish band makes its return with their first album in 40 years, Voyage. The group has also announced the release of their first-ever Christmas single ‘Little Things’ later this year.