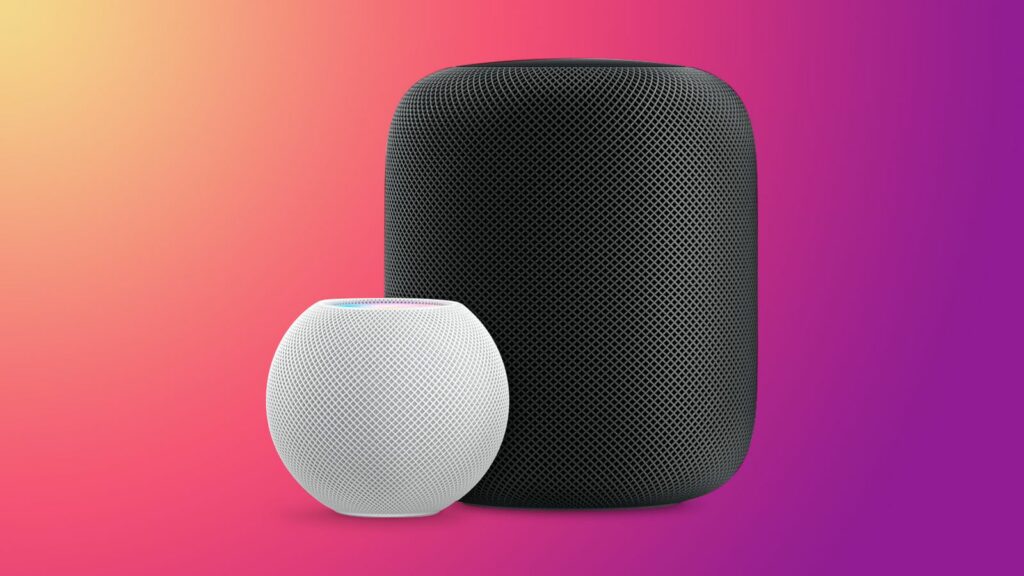 The Apple HomePod is one of the best-selling smart speakers in the world, and since its launch in 2018 it represented an alternative to the like of Amazon echo and Google Nest speakers for those who love the Apple ecosystem. The HomePod Mini was just announced and it’s the smaller and more affordable model.

Which Apple speaker should you purchase? That likely depends on whether or not you’re on a budget, as well as if you’re focused more on great audio or smart home skills. While Apple is updating the HomePod to include many of the HomePod Mini’s features, there are some key differences between the two models.

Revealed as part of iPhone 12 announcement, the HomePod Mini is unsurprisingly a smaller and less expensive version of its larger sibling. But it’s more than just a pared down HomePod, with a feature of its own that could really appeal to Apple fans. Read on for a breakdown of how HomePod Mini measures up to the original HomePod.

After nearly two years of wondering of whether Apple would launch a smaller smart speaker, the HomePod Mini finally here. HomePod mini also comes with a mini price tag, at least in comparison to HomePod. Apple HomePod Mini is a compelling alternative to its bigger predecessor.

At $99 it’s a third of the price of the $299 HomePod. That price puts the HomePod Mini in the ballpark of Google’s new Nest Audio as well as the Amazon Echo Dot 2020 speaker, which happens to also have a spherical design like the HomePod Mini

What’s interesting here is that it is way too cheaper than the original HomePod, which costs $349 when it was launched in 2018. Now that the Apple HomePod is a little older, it can usually be found at discount prices, and the launch of HomePod mini means you can expect some fantastic Apple HomePod deals this Black Friday and Cyber Monday. So, if your heart’s set on the biggest Apple speaker, well then it’s worth waiting until November 27 to buy.

The Apple HomePod mini looks like a squatter version of the HomePod, with a more rounded build that’s pretty similar to the new Amazon Echo.

It’s far smaller than its predecessor at just 3.3 inches tall, but it shares the same wraparound fabric grille and touch sensitive control panel on the top, and it is available in the same white and space grey color.

So, if you are looking for cute compact desk buddy, or smart speaker that will sit comfortably on your kitchen counter or bedside table, the HomePod mini is probably your best bet.

The sound quality of the original HomePod was impressive, we can’t wait to can’t to test the audio performance of the HomePod mini ourselves. The specs shared by Apple gives us a few clues as to how its sound could be compared to the original HomePod.

Saying that, the new smart speaker contains Apple S5 chip, which Apple says can “analyze the unique characteristics of the music and apply complex tuning models to optimize loudness, adjust the dynamic range and control the movement of the driver and passive radiators in real time.”

You can pair HomePod Mini for stereo sound- and it’s far cheaper to buy two of these than two of the original HomePods.

There are some connectivity features that are coming to the HomePod mini which make it an attractive proposition over the original HomePod, though it is possible that these features could be shared among both speakers in future.

For example, if you are listening to music on your phone, you can simply bring your device close to HomePod mini and, according to Apple, “seamlessly hand off the music without missing a beat”. The company says visual, audible and haptic effects when sound transfer from one device to another are coming later this year.

As well as that, you’ll get personalized listening suggestions on your iPhone when it’s next to your Apple HomePod mini, as well as the ability to control the HomePod without unlocking your phone.

As we said, this feature could feasibly come to the 2018 HomePod via a software update – as we’ve already seen with the HomePod mini’s Intercom feature (more on that later).

The Apple HomePod mini comes with the company’s voice assistant Siri built-in, just like its predecessor – and any upgrades that come with the HomePod mini will be available on the original HomePod, too.

These upgrades include the ability to identify who in your household is speaking to Siri, as well as the ability to tailor music and podcasts to their preferences. Siri Shortcuts created on your iPhone will also be available on the HomePods, which means you can ask it do things like add milk to your grocery list

With Siri built in, you can use the HomePod mini to control your smart home devices, whether you want to turn off your smart lights or change the temperature with your smart thermostat – however, one of the big bugbears with the Apple HomePod is the fact that it just doesn’t have the same capacity for smart home control as Alexa and Google Home devices.

Apple HomePod- Here’s what you need to know

The older Apple HomePod is getting two new features of its own- one shared by the HomePod mini, and one exclusive to the larger smart speaker.

Announced alongside with the HomePod mini is new feature called intercom, and it is available on the original HomePod too. The feature allows Apple HomePod to double up as an intercom system for your home, letting you send your voice messages to other HomePods, iPhones, iPads, CarPlay and even AirPods. This feature is available for HomePod mini too.

One new feature that seems to be exclusive to the older HomePod is the ability to function as a surround speaker in 5.1, 7.1, and Dolby Atmos spatial audio – it’s expected to come via a software update in the coming weeks.

It’ll work if you’ve only got a single speaker, but placing one on either side of your TV will enable the full ‘spatial sound’ experience that you get from Atmos, where it places you as an object in the soundscape and fires the noise all around.

If Dolby Atmos is a deal breaker and you want to use your smart speaker as part of your home cinema setup, we’d recommend going for the older HomePod for this reason – it’s sonic heft and ability to create a virtual surround sound experience means it’s the best speaker for the job.

Of course, the HomePod mini works in stereo if you buy two, so that’s an option if you’re on a stricter budget.

Without testing the HomePod mini thoroughly, we can’t say for sure whether it will be a worthy investment or not – but it’s clear that it won’t share the same audio power as its older sibling.

As a smaller, cheaper version of the Apple HomePod, that’s entirely to be expected – and if sound quality isn’t your main concern, the HomePod mini could well be a great way to control your smart home and listen to some tunes in the process, especially if you’re furnishing a smaller space.

The same is true if you want to add Siri to a smaller room in your home and you already have the original HomePod – the new Intercom feature means your entire home can be connected, and there’s no need to spend the money on the larger HomePod if you’re just looking to bring smart connectivity into an additional room.

However, if sound quality is everything to you, the larger HomePod is likely to be your best bet, thanks to its impressive driver array, clever automatic audio adjustment, and upcoming support for Dolby Atmos.