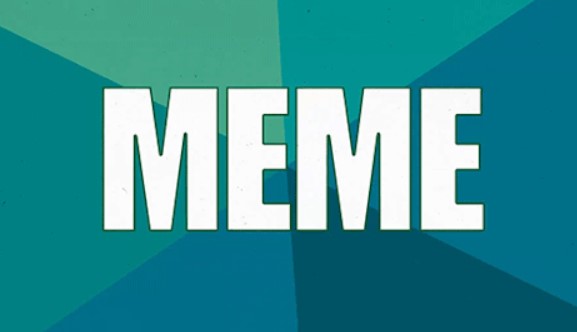 In today’s techno-savvy world we seem to be quite obsessed with using the social media. As compared to our ancestors who are delighted to share knowledge we are fond of sharing memes on social media. In this short article we will discuss the Legality of the making and sharing of memes on social media. It can be a laughing matter for a while to discuss the legality of memes but let us give it a chance to elucidate all the possible course of actions under the Intellectual Property Regime.

Let us understand what does the word “Meme” means?

The word Meme is derived from the Greek Word mimema meaning something which is imitated. In English the term is synonymously used for genes. With the passage of time, the word Memes are getting used in slang language frequently whereby it means an image, a video, a piece of text, etc; that is passed very quickly from one internet user to another, often with slight changes that make it humorous. In legal terminology, memes can be understood as a derivative work of an originally created first work. During the lockdown in the COVID 19 pandemic influencers and followers on social media indulged in creating memes using images or photographs, adding short text to give humorous effects. These memes were then shared widely around the internet.

Do they infringe copyrights of the original artist?

As defined above, memes are derivative work of an originally created first work. In such a case the first question which strikes is whether these creative works are infringing copyrights of the original author? Since the Copyright in the works means it provides exclusive rights to the original author of the work to exploit their intellectual property and thus if any person without a license granted by the owner of the copyright uses the work in any manner will violate the exclusive rights of the author in the work. In this manner memers who were reproducing the copyrighted work without any authorization are infringing the copyrighted work.

Adding value to this argument we can cite an example of a Twitter user Olorunfemi Coker who has filed a copyright infringement case against the Instagram meme page account “Fuckjerry” for unauthorized use of plaintiff’s photo. He demanded for $150,000 as compensation. However, the court record shows he has dropped a copyright infringement lawsuit.

Another example can be given of memes creator on twitter with the name ‘Carpe Donktum’ whose account has been banned from the website because of repeated copyright infringements due to his use of videos from CNN and other news sources.

Is Defense of Doctrine of Fair Use Available?

On the other hand, the meme creator can claim doctrine of fair use against the copyright infringement suits. In case of memers there are two factors which will help in deciding whether memes would be covered under fair use, they are the amount that has been copied from the original, and whether the use is commercial in nature. The first case is that the amount of the work used in the meme probably supports the memers. However, if the original work was a photograph in which the whole of the work was being used it would turn out against the memers like the Olorunfemi Coker case.

In the second case, since all the people creating or sharing the meme makes revenue and thus may be caught in trouble for copyright infringement. For example, in the case of Walt Disney Prods. Vs. Air Pirates, 581 F.2d 751 (9th Cir. 1978) the court ruled that wholesale copying cannot be a fair use. Meaning thereby if the person is commercially using the copyrighted work without authorization can be termed as infringement of the copyright.

Taking the Instagram highest paid meme pages, @epicfunnypage with 17.2 Million Followers, @memezar with 16.1 Million Followers, or @sarcasm_only with 14.5 Million Followers are getting paid for each meme post through paid promotion. Here the admins of the meme pages make the meme from originally created first work, attracting more and more followers and then getting sponsored by the other companies to create memes. In this way they indirectly earn money from the memes.

You are talking about defense! Wait! Let us understand Awkward Penguin Meme Case.

Socially Awkward Penguin is the original photograph taken by George F Mobley for National Geographic and can be used by bloggers after paying $465 to Getty Images Inc., a British-American visual media Company. However, German Blog Geek sisters who used the images without licensing were asked to pay €785.40 for using images. It was also reported that Getty Images Inc. have settled multiple infringement cases with other websites who have posted the same Penguin meme.

What we are taking away from the discussion?

It can be said that discussing the legality of the memes is frivolous topics, but at the same time we cannot ignore the argument made above in this article. We have seen how these memes content violates copyright and have also discussed when the meme is used for the purpose of advertising or to generate profits. This is because the meme is now not used only for the laughing purpose but for commercial exploitation also. Thus the cases like Socially Penguin Awkward Image are one of the few cases which will hit the Memers world very shortly.