Game of Copyrights: Over True Life Event in Public Domain 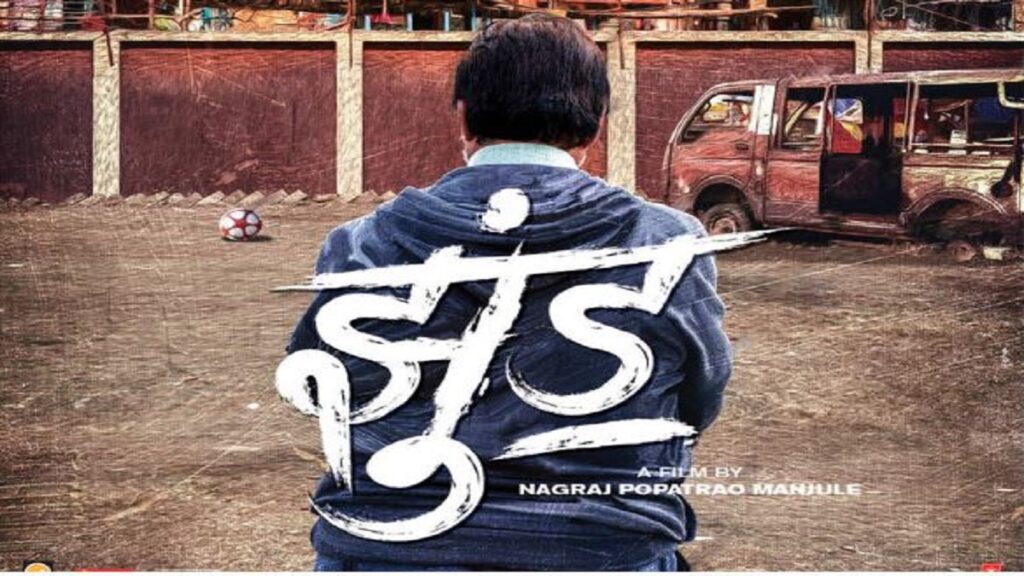 Last week while entertaining the Special Leave Petition, the Supreme Court in a three-judge Bench led by Chief Justice of India, declined to lift the stay imposed by the Civil Court and Telangana High Court against the release of the Amitabh Bachchan starrer ‘Jhund’ movie. The Special Leave Petition was filed by the Producer of the movie against the judgment of the Telangana High Court wherein Petitioner’s appeal against the District Court restraining the release of the movie in India and abroad had been dismissed.

Brief Facts of the Case

The Amitabh Bachchan starrer ‘Jhund’ movie came into the limelight when it is contended that movie based on the real story of a Football coach, Vijay Barse being “coach-centric” is copyright infringement of the story of Indian Slum Soccer Team Captain (in Slum Soccer World Cup) Mr. Akhilesh Prakash Paul. Mr. Paul is alleged to be initially a gangster/Don who turned into a soccer player after being coached by Vijay Barse a social worker from Nagpur who uplifts underprivileged children through football.

Mr. Paul was the Guest of Honor in Episode One, Season Three of a well-known T.V. Show ‘Satyameva Jayathe’ tilted ‘A Ball Can Change The World’. The plaintiff, an independent filmmaker Nandi Chinni Kumar claimed that he also watched the episode featuring Mr. Paul and approached him to purchase the rights for making/directing a feature film in any language in the world. The plaintiff thus entered into an agreement in March 2018 with Mr. Paul to make a biopic/ feature film based on his true-life story. The plaintiff claimed that he improvised the storyline and modified the sequence of true-life story events of Mr. Paul by adding more character/plots and got registered a film script/screen story with the title Slum Soccer with the Telangana Cinema Writers Association.

The plaintiff claimed that in April 2018 he got to know through Media that a Hindi Film ‘Jhund’ based on the core concept of ‘Slum Soccer’ and real-life incidents of the football Coach Mr. Barse was in the production/shooting stage. The plaintiff claimed that in the guise of making the film ‘Jhund’, the defendant would infringe upon his copyright over the real-life incidents of Mr. Paul by making use of his name, likeness, life story as a character in the film. The plaintiff filed the suit in the District Court seeking the grant of relief of perpetual injunction (also an interlocutory application for grant of a temporary injunction was filed) against the Producer and other defendants from exhibiting or broad-casting; uploading or streaming the movie ‘Jhund’ in ‘Hindi’ language from all the theatres in India as well as abroad.

The main contention of the defendants is that they did not access the screen story of ‘SLUM SOCCER’ registered by the plaintiff with the Telangana Cinema Writers Association and the film is a work of fiction and does not depict the character of Mr. Paul in any manner and thus there is no question of copyright infringement by them of the plaintiff’s story. According to them several articles in newspapers and magazines published in April discussed the release date of the film (i.e. 08/05/2020) but the plaintiff waited till 13/05/2020 to file the suit. The unexplained delay in filing the suit on the part of the plaintiff is malafide and is an attempt to prejudice the said film once it reaches an advanced stage of completion and exploitation.

Findings of the District Court

On the basis of the shreds of evidence produced by Plaintiff, the court noted that the said agreement in the suit between Plaintiff and Mr. Paul was rightly executed and the plaintiff has also got registered his story with the Telangana Cinema Writers Association as ‘SLUM SOCCER’. The Court relying on the Bombay High Court decision in Jyoti Kapoor vs Kunal Kohli (2015 SCC Online Bom 3373) held that a strict burden of proof cannot be based on the plaintiff to prove that there is copyright infringement; and standard of proof appears to be ‘prima facie proof’. The court finally concluded that if no interim order is granted in favor of the plaintiff, the defendants would go ahead and release their film and in such event, the plaintiff would suffer more than the defendants, for which he cannot be compensated in terms of money. The court by his order dated 17/09/2020 granted a temporary injunction in favor of the plaintiff until further orders.

Appeal to the Telangana High Court

Aggrieved by the order given by the District Court dated 17/09/2020, the appeal was filled via Civil Miscellaneous Appeal No. 355 and 356 (by Super Cassettes Industries Pvt. Ltd. and another) and CMA No. 357 and 358 (by Nagraj Manjule) before the Telangana High Court.

Findings of the Telangana High Court

Apart from the observation made by the District Court, Telangana High Court pointed out that the character of Mr. Paul is in the nature of the ‘celebrity’. The court made deliberation over the ‘right of a celebrity’ by citing various judgments and held that herein this case also, Mr. Paul would fall in the category of celebrity. The court pointed that Mr. Paul is a celebrity Sportsman and his personality right of publicity was exclusively assigned to the plaintiff, and it appears that the makers of the movie ‘Jhund’ violated the copyright of the plaintiff.

Like District Court, the Hon’ble High Court also cited the decision given in the Jyoti Kapoor that-

Aggrieved by the judgment of the Telangana High Court dated 19/10/2020, Special Leave Petition was filed before the Supreme Court by Super Cassettes Industries Pvt. Ltd. The petition raises the substantial question of law that- “true life events” of a real person (here Mr. Paul), which are already in the public domain, are ‘property’ which can be bought or sold? Secondly, if true-life events are property- being that entitled to copyright protection? Further, it was also contended that- it might be possible that the true-life events of two persons are inter-connected. In that case, the third party who has a monopoly over one person (here plaintiff have a monopoly over Mr. Paul true life events) cannot prohibits others (here defendants) from making a film based on the true-life event of another person (here refers to true life events of Vijay Barse) merely because they are inter-connected.

The matter was called on for hearing on 18/11/2020 and upon hearing the counsel the court dismissed the Special Leave Petition and declined to lift the stay imposed by the Civil Court and Telangana High Court against the release of the Amitabh Bachchan starrer ‘Jhund’ movie. The CJI further proposes that the suit must be disposed of within 6 months by the Trial Court.