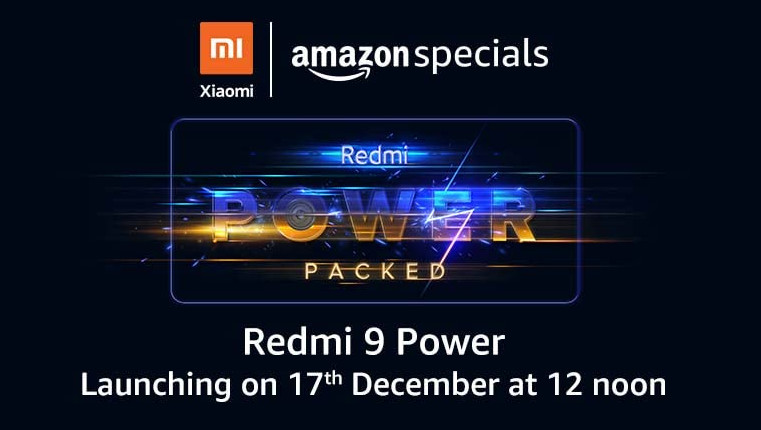 The cellphone will be the 5th member to the Redmi 9 series. The company has called smartphone a complete ‘power packed’ model in the portfolio.

The company has confirmed that the smartphone will be exclusively available on Amazon India. A microsite has also been created for the launch of Redmi 9 power. The microsite confirms that phone will come with a 48MP camera and fast charging.

There are speculations about Redmi 9 power being the rebranded version of Redmi Note 9 4G.

Redmi 9 power is expected to be powered by an octa- core Qualcomm Snapdragon 662 processor. The smartphone is said to come with a 6.53 inch full HD+ Display with 1080X 2340-pixel resolution

It’s expected to run Android 10 operating system. The device is expected to come in 3 variants 4GB, 6GB, 8GB of RAM and 128GB/ 256GB of internal storage.

Smartphone is said to come with a triple camera setup.