FTC Seeks Data Collection Information from Facebook, Amazon and Others. 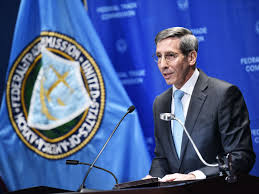 Last week the FTC sued Facebook for alleged infringements of antitrust rules, a lawsuit that had been brought against Google by the Department of Justice. The FTC is also investigating previous acquisitions of start-ups by tech giants.

The U.S. Federal Trade Commission is ordering nine tech firms to provide the federal agency with information about how they obtain and use personal information from individuals in the sense of a sweeping crackdown on targeted data tracking.

“Policymakers and the public are in the dark about what social media and video streaming services do to capture and sell users’ data and attention,” three FTC commissioners said in a statement. “It is alarming that we still know so little about companies that know so much about us.”

The companies have 45 days to respond to the demands from the day that they receive the FTC’s order. According to Axios, which first reported the news, the FTC probe could result in regulatory action.

The Agency is also asking about the advertisement and consumer interaction strategies of corporations and how their practices impact children and adolescents.

A Twitter spokeswoman said the company is working “to ensure the FTC has the information it needs to understand how Twitter operates its services.”

A Reddit spokesperson said it’s “looking forward to working with the FTC and sharing with them” its policies and practices. A spokesperson for Discord noted that the social platform popular with gamers doesn’t have ads, and said the company “takes user privacy very seriously” and will work “with the FTC to answer their questions.”

The FTC is issuing the orders under Section 6(b) of the FTC Act, which authorizes it to conduct wide-ranging studies. They don’t have to have a specific law enforcement purpose, but the information can be used in future enforcement.

The commission, which polices both competition law and privacy, is also using its authority to look into the data practices of internet service providers.

The FTC has hit Facebook, YouTube and Musical.ly, which is now TikTok, with fines for privacy lapses. Last year, Facebook agreed to pay a record $5 billion to settle privacy violations stemming from the Cambridge Analytical scandal, in which a consulting firm hired by President Donald Trump’s campaign obtained data without users’ knowledge.

Some Democratic lawmakers applauded the move, as did children’s privacy advocates.

“These 6(b) studies will provide a much-needed window into the opaque data practices that have a profound impact on young people’s well-being,” said Josh Golin, executive director of the Campaign for a Commercial-Free Childhood, which has called for similar probes.