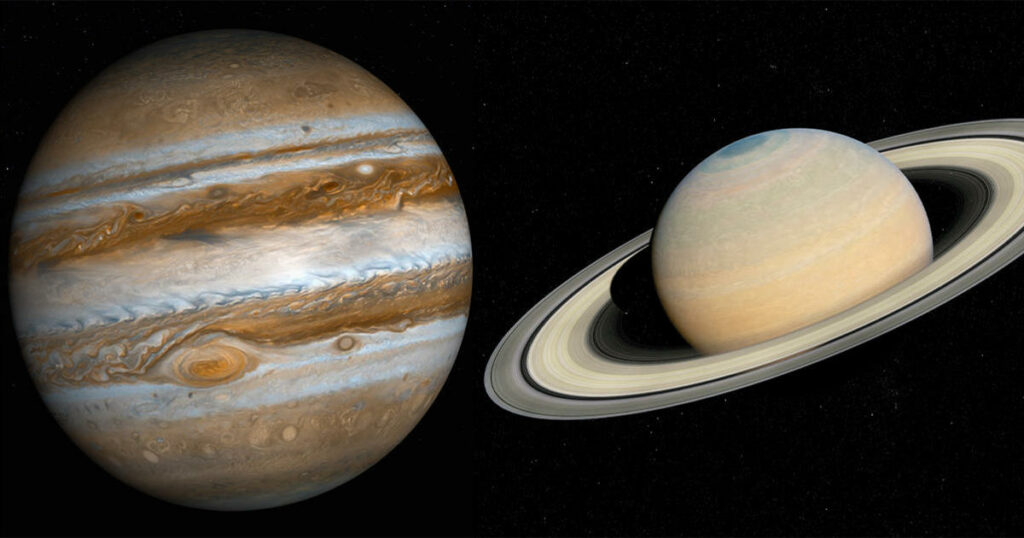 During this conjunction the two large planets will come so close to each other that they will appear to make a bright double planet.

This is such a rare event that it’s happening almost after 400 years.

The ‘Great Conjunction’ of Jupiter and Saturn will be the closest since 1623, which is 13 years after Galileo built his first telescope and discovered four new ‘stars’ orbiting the Jupiter. The father of modern science observed and described the moons of Jupiter, the rings of Saturn and Sun spots among other discoveries.

Jupiter stands to be the fifth planet from the sun and is the largest in the solar system. It’s a gaseous planet with a mass one – thousandth of the sun.

Saturn stands to be the sixth planet from the sun and is the second largest in the solar system. Saturn is also a gaseous planet with an average radius of nine times that of earth.

The conjunction shares its day with the shortest day of the year (December 21) as the sun reaches a point where it appears to shine farthest to the south of the equator over the Tropic of Capricorn, marking the start of the winter solstice.

The solar system’s two biggest planets, Jupiter and Saturn, are set to come within planetary kissing range in today’s evening sky, an intimacy that will not occur again until 2080. This “great conjunction”, as it is known to astronomers, occurs fortuitously on the winter solstice for those in the Northern Hemisphere, and the beginning of summer in the global south. The two planets will, in fact, be more than 730 million kilometers (400 million miles) apart. But because of their alignment in relation to Earth, they will appear to be closer to each other than at any time in almost 400 years.

The Jupiter and Saturn will come closest, that is, be separated by just 0.1 degrees or about one-fifth the apparent width of the Moon Many planetariums across India have arranged for the telescopes in their premises to watch this celestial conjunction.