The Interlink Between Morality and Intellectual Property Rights 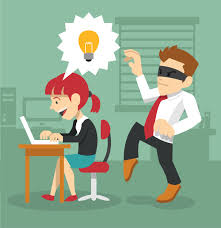 Intellectual Property refers to creation of the mind, such as invention, literary and artistic work, design and symbols images used in commerce. Whereas, Morality is about the human attempt to define what is right and what is wrong about our action and through. It refers to a set of accepted beliefs or the code of conduct governing behavior. Do you think these two concepts are interlinked with each other? Yes, they are let’s analyze how!

Further, The Indian Constitution under Article 19 hold any Act violating or hindering the operation of law an offence. The main aim of any law is to bring order and to protect the moral and social values in the society.

Copyright and morality are interlinked from the core of law, as Section 57 of the Copyright Act, 1957 specifically addresses author’s special rights as moral rights like paternity rights (Claim authorship of a work) and Integrity Right (prevent any distortion, modification or mutilation of a work) as it would be prejudicial to the author’s reputation.

Further, the amendment to Copyright Act in 2012 paved the way for moral rights to subsist even after the copyright expired this is likely to gain more visibility in the near future.

The Trademark Act, 1999 has an embodied element relating to morality, Section 9(2)(c) of the Act deals with mark that shall not be registered as a trademark because it comprises or contains scandalous or obscene matter.

However, the Trademark Manual has redefined the perspective toward “scandalous or obscene matter” by stating that it is a question of fact and it is on the applicant to prove it wrong at the time of objection. Morality is an important element interlinked with trademarks through the Act.

Similarly, as stated in other Intellectual Property Laws, Patent Laws also cover an aspect that deal with morality. Section 3(b) of the Patent Act, states that “an invention the primary or intended use or commercial exploitation of which could be contrary to public order or morality or which causes serous prejudice to human, animal or plant life or health or the environment” cannot be patented.

Moral rights have long been an object of argument and rather arbitrary, but they are interlinked to every element of intellectual property law to maintain the harmony and protect the rights of every intellectual work. Any IP that is created persists of moral rights and if there is an infringement, we are entitled to seek remedy as per the law. Hence, morality is interlinked to all aspects of Intellectual Property Rights.