After a seemingly successful flight, SpaceX’s Starship SN10 rocket explodes on the ground. 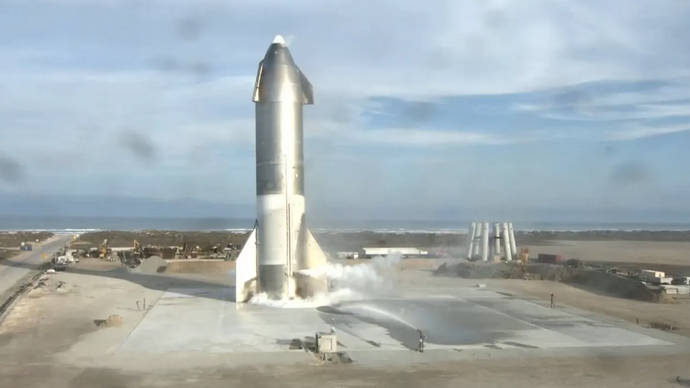 Is the third time the charm? Not so for SpaceX, whose unmanned rocket exploded on the ground on Wednesday after what appeared to be a smooth flight and landing, following two fiery crashes.

It was yet another blunder involving a Starship rocket prototype, which SpaceX plans to send to Mars one day.

Despite flames emerging out of the bottom and crews attempting to put them out, a SpaceX commentator said on a live broadcast of the test flight, “a perfect soft landing.”

A few minutes later, the rocket exploded, lurching into the air before falling to the ground. There was no immediate explanation.

“The Starship SN10 landed safely!” About an hour after the blast, Musk joked on Twitter. “The SpaceX team is doing a fantastic job! Starship flights will be commonplace one day, and that will be the true measure of success “In a second tweet, he said.

The rocket soared into the atmosphere, shutting down its three engines one by one as it approached a height of six miles (10 kilometres) and assumed a horizontal position before returning to Earth.

It appeared to have landed properly after its flight, as seen on SpaceX footage. And there was an earthquake.

To Mars or the Moon

Elon Musk, the founder of SpaceX, has been working on the next-generation Starship rocket with the aim of going to Mars, despite the fact that two designs (SN8 and SN9) blew up spectacularly during test runs in December and early February.

The experiments are being conducted in a nearly abandoned field leased by SpaceX in South Texas between the Mexican border and the Gulf of Mexico; the area is large and empty enough that an accident or explosion will not possibly cause damage or casualties.

Apart from Mars, if the rocket is successful, it may be useful for trips closer to Earth, especially to the Moon.

Yusaku Maezawa, a Japanese billionaire and online fashion tycoon who paid an undisclosed amount for a SpaceX lunar spaceship trip that is scheduled to fly in 2023 at the earliest, announced on Wednesday that he is accepting applications from eight people from around the world to join him.