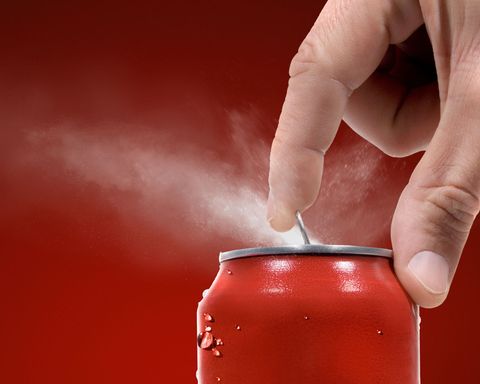 Whether it be Nokia’s iconic default ringtone or three-note Yahoo yodel, it creates a long-lasting impression in the mind of users/customers and helps in identifying the commercial origin of products or services. Like, if someone is booting his/her mobile phone and you heard the ring tone “Hello Moto”, you can easily recognize that their android phone belongs to Telecommunications Company Motorola. Similarly, in a crowd of thousands, you can easily identify the iPhone ringtone.

In this way, it cannot be denied that sound marks help us to identify the source or trade origin of goods or services. Being an unconventional mark, the sound mark also perform the function of trademark and is capable of distinguishing the goods or services on one person from those of others.  To register a sound mark the applicant can submit either a graphical representation of the sound notations or can submit the sound in MP3 format. Notably, MGM Lion Roar, Britannia’s four-note bell sound, Yahoo yodel, and ICICI Bank corporate jingle “Dhin Chik Dhin Chik” are some of the registered sound marks.

Recently, to attract the attention of consumers and to make their products identifiable, Luxembourg-based Ardagh Metal Beverage Holdings Company has filed trademark application to register the fizzing sound that emerges after opening their bottle can. The European Union General court ruled that the sound mark is not distinctive and cannot be registered as a trademark. Here in this article, we will discuss the judgment given by the General Court.

Brief Facts of the case

In 2018, Ardagh Metal Beverage Holdings GmbH & Co. KG had applied for the registration of the sound mark at European Union Intellectual Property Office (EUIPO) under the five different classes of Trademark i.e. 06, 29, 30, 32 and 33. The application to register the sound mark resembles the sound that occurs while opening a can of drink with a silence of about one second and fizzing of about nine seconds.

In 2019, the Examiner rejected the trademark application on the ground that the sound reproduced at the time of opening drink can, followed by a pause and then by a long fizzing is devoid of any distinctive character (Article 7 (1) (b) of the Regulation 2017/1001) and cannot be perceived as an indicator of the commercial origin of the goods.

Applicant’s Appeal against the Decision of Examiner

Applicant made an appeal before the Second Board of Appeal of EUIPO against the Decision of Examiner. The Board of Appeal dismisses the applicant’s appeal and states that the general public is not habitual or usual to identify the origin of the unopened beverage by hearing a sound.  The Board of Appeal has further held that the mark applied for registration consisted of a sound inherent in the use of the goods in question. The court further added that in order to be able to be registered as a trademark, a sound had to have a certain significance or an ability to be recognized

The Applicant made 6 pleas before the General Court to challenge the decision of Board of Appeal. While taking up the case the court has decided to first assess the distinctive character of the mark applied. In this regard the applicant submits that the mark applied for had to diverge significantly from the norm or customs of the sector in order to fulfil its function of indicating the commercial origin of the goods in question. The applicant submits that sound reproduced by the mark applied for is unusual for the goods included in classes 29, 30, 32 and 33. They further asserted that their sound mark is different from the usual carbonated drinks under the classes 29, 30, 32 and 33.

Observation made by the General Court

The General Court has observed that criteria for assessing distinctiveness are the same for all categories of trademarks and the trademark law does not make distinction for different categories. Thus the criteria for assessing the distinctive character of sound marks are therefore no different from those applicable to other categories of marks. Further, the court ruled that case law for 3-D trademarks consisting of the appearance of the goods themselves or their packaging cannot, in principle, be applied to sound marks.

Further, the General Court has opined that for the registration of the sound mark as a trademark the sound must have acquire certain features that enables the intended consumer to perceive it and consider it as a trade mark and not as an element of nature. The General Court has observed that in the present case, opening of a can or of a bottle is common for the purpose of consuming beverages. Thus, the sound in question is purely technical and functional element.

With regard to other element of the sound mark i.e. silence for a second and the sound of the sparkling bubbles for nine second, the court has observed that when the sound mark in question is compared to the classic sounds made by drinks when opened it appears that the applicant sound mark is devoid of any distinctive character and thus insufficient to rule out the objection under Article 7 (1) (b) of the Regulation 2017/1001. The court further added that short fizz immediately following the opening of a can is more common in the beverage industry and thus is not sufficient to identify the commercial origin of the goods.

Conclusion made by the Court

In the light of above-mentioned observation the General Court has concluded that the sounds of opening a can, a silence for a second and a sound of fuzzing for 9 seconds is predictable and customary elements in the beverage market.  Such a combination of sound does not allow the relevant public to identify the source of goods and is not sufficient to distinguish them from those of another undertaking. The General Court has rejected the appeal and held that Board of Appeal was correct to conclude that the mark applied for was devoid of any distinctive character.