Top 5 patents and their inventor 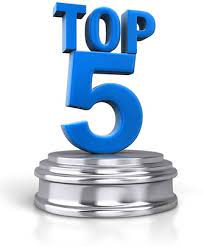 America has always been at the aware of innovation advancements since the mid-nineteenth century. Cotton gin, telegraph, phonograph, movie camera, light bulb, artificial heart, computer, and iPad were all invented in the United States. Countless other inventions were made in the United States, as well. However, the majority of them are unknown to the general public, and some have had as much influence on how we live as those described above.

Thomas Edison is incorrectly regarded as the all-time leading patent holder. And, while Edison is said to have had 1,093 patents, some inventors are even more prolific, with some holding nearly four times the number of patents given to Edison.

Jerome “Jerry” The patent king, was an American engineer, inventor, and patent holder. The Patent King He has a staggering 605 patents, costing companies around the world some $1.5 billion in licensing fees. But what did Jerome Lemelson actually invent?

His Portfolio covers very big names, the list includes an amazing array of corporations: old-economy stalwarts like Alcoa, Boeing, Dow Chemical, Eli Lilly, and GE; manufacturing behemoths like Ford, GM, and U.S. Steel; technology titans like IBM, Hewlett-Packard, and Cisco. The portfolio of products covered over the years by Lemelson’s patents is equally staggering: They include components in such everyday consumer products as the Walkman, the VCR, the fax machine, and the camcorder.

The top 5 patents are as follows-

Lemelson was described as a “workaholic”, and he spent 12 to 14 hours a day writing up his ideas, oftentimes spending as much as 18 hours a day tinkering. His notebooks, in which he wrote these ideas down, numbered in the thousands.

Lemelson’s younger brother said that when he and Lemelson were roommates in college, after they would go to sleep, the light would go on several times during the night and Lemelson would write something down. In the morning, Lemelson’s brother would read and witness the several inventions that Lemelson had conceived of that previous night. His brother stated, “This happened every night, seven days a week”.

Lemelson died in 1997, after a one-year battle with liver cancer. In the final year of his life, he applied for over 40 patents.

Thomas Edison, Alexander Graham Bell, and Steve Jobs are three of the most universally known inventors; their inventions dramatically changed the way we live. But there are numerous other inventors as well – little-known beyond their field of expertise – who have also contributed to our advanced technological civilization. Their contributions may not have been widely publicized, but they’ve added in countless ways to our convenience and comfort, and ultimately to our prosperity.