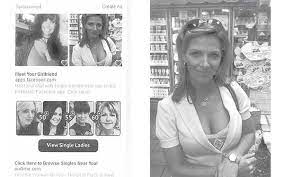 Karen Hepp Wins a Major Victory in Her Battle against Facebook

On 23 September 2021, the U.S. the Third Circuit Court of Appeals reversed a 2020 decision for the Eastern District of Pennsylvania, ultimately holding that Karen Hepp’s complaint against Facebook was not barred by Section 230 of the Communications Decency Act of 1996 and also granted Facebook’s motion to dismiss the case.

Karen Hepp anchor of Fox 29 has been occupied with a legal fight with Facebook since the time September 2019, when she recorded a $10 million claim over the  and unauthorized use of her photograph in an advertisement on Facebook for a dating site. Furthermore in this week, a federal appeals court gave the Lower Merion resident some Good news.

Hepp is attempting to avail herself of a legal principles known as “right of publicity,” which holds that a business can’t use the name or similarity of an individual with clear commercial value for business purposes without having that individual’s consent. The appeals court agreed with Hepp.

“The image appears to have been captured in a Manhattan convenience store more than 15 years ago, back when she lived in New York. She was first alerted to the photo’s online use in 2018 by coworkers. In addition to the ad on Facebook for the dating site, the image also turned up in some other unfortunate places, including in an ad for erectile dysfunction and on a pornography site. Hepp’s suit targets some of the companies connected to those instances as well.” Karen Hepp said.

The motive behind Section 230 of the Act was to promote the web by encouraging a free market online while dispensing with all offensive content. Section 23(c) bars attempts to sites as publisher or speakers of the content that is posted by others. This protection was used to urge organizations to have content from third-parties.