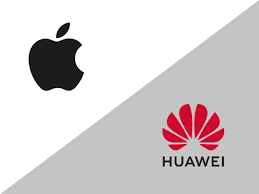 Apple, Tech giant has lost a legal battle to block Chinese conglomerate Huawei’s use of the “MatePod” name as its earbuds device. The iPhone maker opposed the Shenzhen-based Huawei`s use of the “MatePod” brand in the earphone category “on the grounds that it was similar to Apple`s own trademarks for the terms Pod, iPod, EarPods and AirPods”, according to a report in the South China Morning Post.

Apple argued that Huawei “maliciously copied” its trademarks, “which could have a negative impact on society”, According to the trademark office of the CNIPA (China National Intellectual Property Administration).

The Chinese authority, however, did not find Apple’s argument compelling. The trademark authority said that there was “insufficient evidence” that proved Huawei’s applications to be copied.

According to Counterpoint Research, Apple shipped around 72.8 million units of AirPods last year in 2020, dominating the market for true wireless headphones with a 31 per cent share.  However, the worldwide market for TWS hearables saw tepid QoQ development in Q2 2021. Apple lost extensive offer in the both sales volume and worth despite huge value drops on the AirPods.