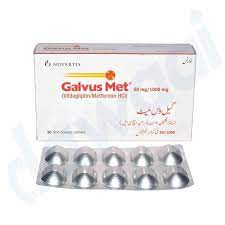 The Supreme Court dismissed the appeal filed by Novartis against Hanmi Pharmaceutical and Ahngook Pharmaceutical over the patent extension period of Galvus.

On 28th October 2021, The Supreme Court dismissed the appeal filed by Novartis against Hanmi Pharmaceutical and Ahngook Pharmaceutical over the patent extension term of Galvus (ingredient: vildagliptin), closing the four-year-long patent dispute.

The court favored Korean drug organizations, the term of the patent for Galvus, Novartis’ original DDP-4 inhibitor for diabetes, will be abbreviated by 55 days from March 4, 2022.

The new decision denotes the primary case of domestic pharmaceutical companies to win drug licenses against the original developer. The question started when Ahngook recorded an appeal in 2017 to invalidate the termination date of Novartis’ Galvus. The next year, Hanmi Pharmaceutical likewise spoke to the court with a similar solicitation. Korean law generally shields licenses for a long time approx. for 20 years from the filing date. However, the covered time of pharmaceutical companies’ items could be stretched out as per the time taken for receiving regulatory approval for clinical trials and commercialization.

In the ensuing second preliminary, Novartis partially won, and the patent court decided that just 55 out of 187 days were invalid. However, Novartis appealed again to the Supreme Court that not a single day was invalid. The Supreme Court recently turned down and dismissed the case.

The Industry watchers said that, “The debate among Novartis and domestic drug developers over the patent expiration date of Galvus turned into the first case for Korean pharmaceutical organizations to win the medication patent case against the original developer after four years of legal battle.”