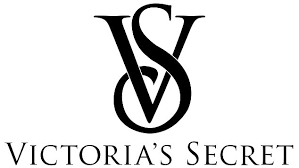 Victoria’s Secret Stores Brand Management LLC is being sued in United States, Utah federal court for copying the trademark of a health and fitness company.

IFIT Inc. has claimed that Victoria’s Secret is using their “SWEAT marks” trademark on or in connection with fitness apparel in a complaint filed in the U.S, and related services in its Nov. 10 complaint filed in the US District Court for the District of Utah’s Central Division. According to IFIT, Victoria’s Secret has produced products displaying the trademark that are available for sale in the U.S. and are displayed on the brand’s website, social media accounts, and marketing materials.

FIT said “we had been used the SWEAT trademark since at least as early as 2017″ on a variety of fitness-related products and services, including apparel and a fitness app. In addition to copying the trademark, plaintiffs accused Victoria’s secret of “intentionally” choosing a look-alike of SWEAT app founder Kayla Itsines for its advertisements.

The complaint states, Victoria’s Secret’s “use of this Ms. Itsines look-alike is likely to further encourage the likelihood of confusion caused by Defendant’s use of the Defendant’s SWEAT Marks, and on information and belief demonstrates Defendant’s intent to trade on the reputation of Plaintiff’s brand.”

IFIT requesting Victoria’s Secret not only to stop using the trademark, but also to dispose all trademarked product they had delivered to iFIT. IFIT also demands Victoria`s Secret pay damages that are more than three times the what it made in profits of everything that featured the trademark.