Lululemon has filed a patent lawsuit against Peloton 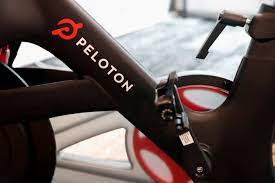 Lululemon has filed a patent lawsuit against Peloton, in a growing feud over the designs of its sports bras and leggings.

On 29th November 2021, Lululemon filed an anticipated patent lawsuit against Peloton, in a growing feud over the designs of its sports bras and leggings. In the suit, filed in the Central District of California, Lululemon said it is seeking injunction against Peloton’s infringement of its intellectual property rights. It’s also asking for damages and other monetary relief.

The proceedings will take place a few days after Peloton seeks a judicial decision that it has not infringed on any of Lululemon’s patents.  Peloton claims that its own athletic apparel items can be easily deciphered from those of Lululemon. The design of Lululemon’s clothing is too “obvious” to deserve patent protection.

The dispute between the two companies arises after Peloton launched a major marketing flash on its clothing line earlier this year. Manufacturers of networked fitness equipment have been selling clothing from brands such as Nike and Lululemon with the “P” logo for many years.

Lululemon said in the lawsuit, “Peloton did not spend the time, effort, and expense to create an original product line.” Lululemon said Peloton has infringed on six of its patented designs in the process. “Instead, Peloton imitated several of Lululemon’s innovative designs and sold knock-offs of Lululemon’s products, claiming them as its own.”