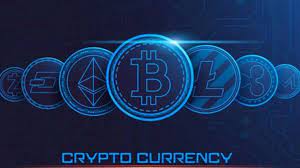 There are two word which is very popular since past few months and every one of us are curious to know more in detail about it, which are Crytocurrency and Blockchain. This topic is a about product evolution in currency.

There was a time when we don’t had currency, we used to use product against buying other products, and this process was called barter system. But then currency come into existence and we started buying and selling product and services in respect of the currency and the value.

Currency is in the form of note as well as coin, but Apart from this both currency notes and coin, there is one more currency which is fully digital and that is known as cryptocurrency.  So crypto currency is digital currency and it is managed by a decentralized system that means if we are buying and selling anything here then that is verified by digital signature and with the help of cryptography that is been recorded.

So overall cryptocurrency is protected through blockchain technology and it is nearly impossible to copy it. It is made of computer algorithm and crypto currency don’t have any physical form.

Now the second question is that crypto works on a technology which is called as blockchain. Then what actually blockchain is?

Blockchain technology is a platform where there is not only digital currency but also it can make anything digital and keep its record with itself. That means blockchain is a digital ledger.  Blockchain is a system of recording information in a way that makes it difficult or impossible to change, hack, or cheat the system.

Blockchain is a type of DLT in which transactions are recorded with an immutable cryptographic signature called a hash.

The goal of blockchain is to allow digital information to be recorded and distributed, but not edited. Blockchain technology was first outlined in 1991 by Stuart Haber and W. Scott Stornetta, two researchers who wanted to implement a system where document timestamps could not be tampered with. But blockchain had its first real world application in 2009 for bitcoin and this was done by Satoshi Nakamoto.

Digital Revolution’s first generation had bring Internet of information, where as the second generation which is powered by blockchain technology had bring up the internet of value. This is new platform which will reshape the world of business and would make the old order of human affairs much better.