Paramount Pictures is being sued for infringement of copyright. 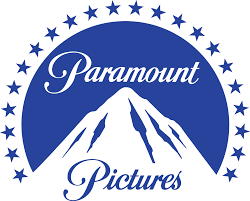 The family of the Israeli writer whose piece was the inspiration for the 1986 Tom Cruise blockbuster Top Gun is suing Paramount Pictures for copyright infringement in the sequel.

They argue that when the sequel Top Gun: Maverick was published last month, the studio did not have the rights to Ehud Yonay’s 1983 tale “Top Guns.”

In its first ten days of release, the picture grossed $548 million (£438 million) worldwide.

The accusation is “without merit,” according to Paramount, which has promised to fight it.

After the best-selling Spider-Man: No Way Home, second-placed Doctor Strange in the Multiverse of Madness, and third-placed The Batman, it had the fourth-largest opening weekend of any film in the Covid era.

Shosh and Yuval Yonay, Ehud’s widow and son, filed the action in federal court in Los Angeles on Monday, alleging that Paramount failed to reclaim the rights to Ehud’s magazine piece after it was terminated under the US Copyright Act.

They are suing the film company for unspecified damages, including revenues from Top Gun: Maverick.

According to the lawsuit, Ehud’s “literary efforts and compelling prose and narrative” were essential to the success of Paramount’s Top Gun franchise.

According to the lawsuit, the Yonays told Paramount in 2018 that their rights to Ehud’s piece would expire two years later.

In January 2020, the studio lost the copyright to the work, according to the statement.

“Despite what Paramount wants you to believe, they made a sequel to Top Gun after they lost their copyright,” Yonays’ lawyer Marc Toberoff told the BBC.

“These charges are without substance,” Paramount stated in a statement. “We will firmly defend ourselves.”

Because of the Covid-19 outbreak, Mitra Ahouraian, a Los Angeles-based industry attorney, informed the BBC that Paramount’s intentions to produce Top Gun: Maverick in 2018 and release it in 2019 were postponed.

“In this case, timing is critical because the notice of termination was received… with an effective date of 2020,” Ms Ahouraian explained.