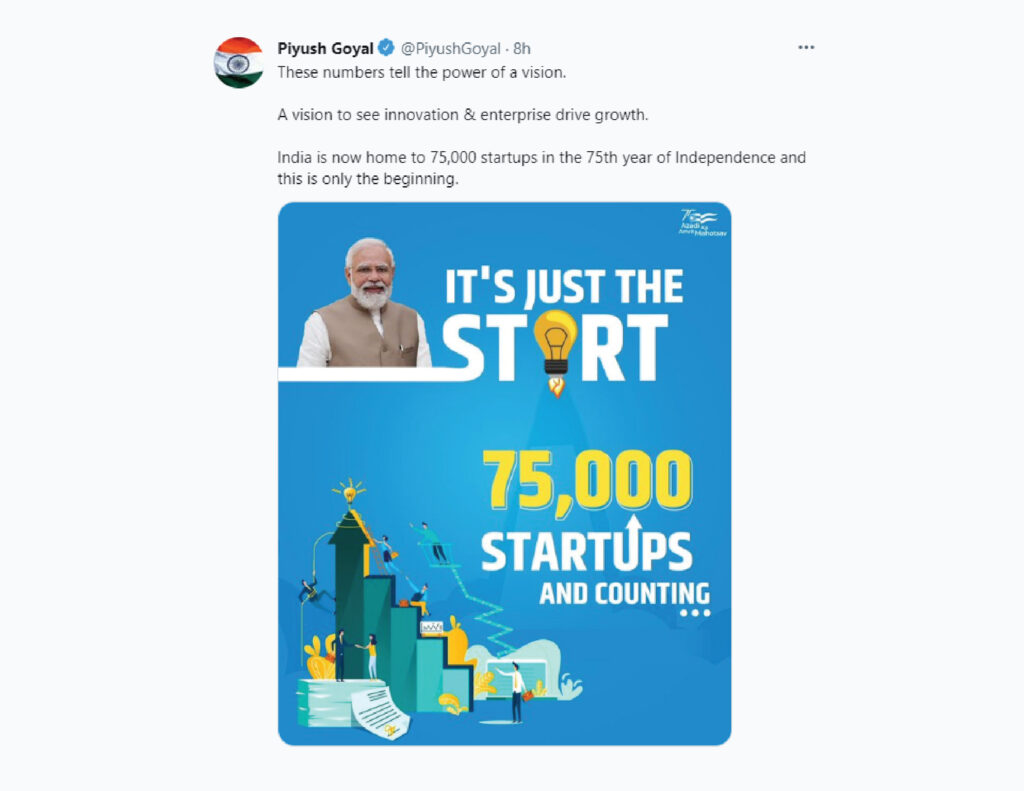 Up to 75,000 startups are now based in India, which is celebrating its 75th year of independence, according to cabinet minister Piyush Goyal on Wednesday.

The Minister of Commerce and Industry stated in a tweet “These figures demonstrate the strength of a vision, a desire to see growth driven by enterprise and innovation.” In his tweet, Mr. Goyal stated that “India is now home to 75,000 startups in the 75th year of Independence and this is merely the beginning.”

The minister recently stated that the nation hopes to have the world’s largest startup ecosystem.

Goyal had previously urged businesses to incorporate and list in India rather than leaving the nation “simply for few bucks extra.”