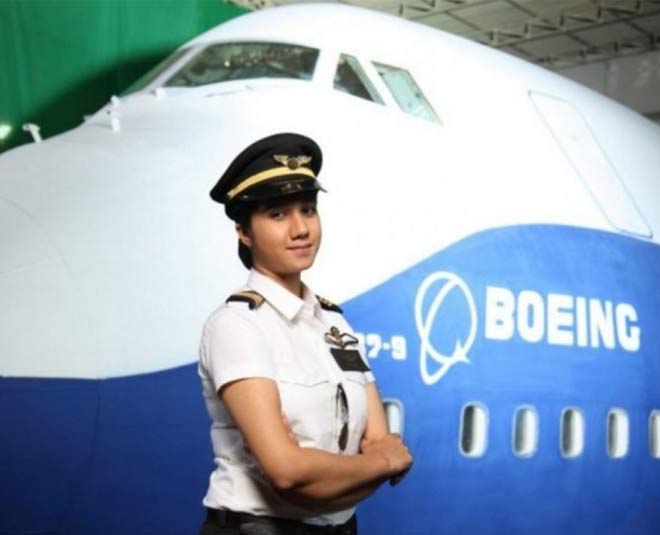 Ayesha’s dream was to do something challenging and unconventional. She knew she wanted to fly a plane and at the age of 16 she fulfilled her dream, becoming the youngest woman pilot of India and the First Female Pilot from Kashmir.

Her fascination with airplanes helped her achieve her dream at a young age. Ayesha was born in Kashmir and later moved to Mumbai. Her fondness for flights and airports grew when she’d often travel to Kashmir with her mother-twice or thrice a year. Ayesha says, “More than being India’s Youngest Pilot, I am happy for having accomplished my childhood goal; while I would enjoy take-off and landing of the flight, my brother would be scared and always sleep during the flight.”

Ayesha joined the flying school soon after completing her class X. On turning 16, she got her student pilot license in November 2013. The young inspiration says, “When I told my father I wanted to be pilot, he immediately pushed me into it after completing my class X. My father has always been supportive and helped me achieve new heights. She says, it’s great to have such understanding parents, where on the other hand people still look for girls who know to cook Biryani when they want to get hitched.

Ayesha also got an opportunity to visit NASA where she met Jon McBride. Her happiness knew no bound when got an opportunity to interact with her second greatest inspiration Sunita Williams in person. “I met her when she came to Worli. I shared my experiences with her. I told her about the activities that I participated in NASA like scuba diving, moon walk, bunny walk which an astronaut should know,” she recalls.

She graduated in aviation from the Bombay Flying Club, and got her commercial license in 2017. She also expressed her feeling when she had her parents onboard for the first time, stating, “The first time I flew an aircraft with my parents onboard, the greatest feeling I had was of Independence, it was a sense of liberation.”

In 2012, Ayesha also underwent a training to fly a MiG-29 jet at Russia’s Sokul Airbase. Ayesha has also done several photo shoots for a magazine and a commercial for Whisper. She’s happy to be multi-tasking.

Passion is the driving force in this male dominated industry, she believes. One needs to have focus, consistency, hard work and confidence. “You should hold your head high and not let others put you down,” she added.