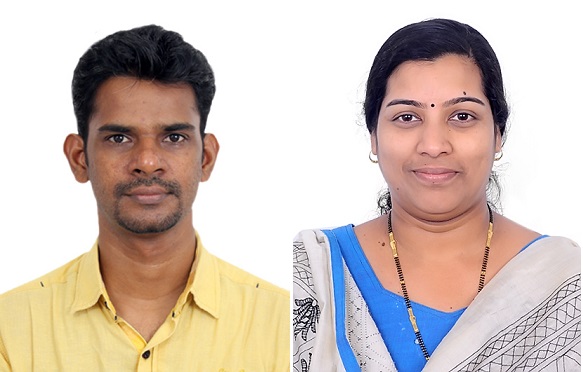 Small nanomaterials are helping us to solve bigger issues of mankind such as air pollution, wastewater treatment, drug delivery etc. The field has found applicants in all major sectors such as electronics, agriculture, medicines, textile etc. While nanoparticles have various applications, their synthesis and assembly still remain a major bottleneck restricting their wide usage. Recognizing that a method to assemble gold nanorods (rod-shaped) will open various avenues of its applications, Indian Institute of Technology Madras (IIT Madras) researchers have developed a simple technique for assembly of nanorods.

“While gold nanorods are now being synthesized with good control on their physical dimensions, their organization in a substrate with controlled orientation have often been difficult to achieve due to colloidal instability and agglomeration” said Dr. Ethayaraja Mani, Associate Professor, Department of Chemical Engineering, IIT Madras.

Polystyrene spheres, which are basically plastic spheres, are used as a flexible platform to conduct diagnostic tests or other chemical reactions. While there are methods of assembling the spherical particles on a surface, however, assembly of nanorods on the curved surface remained a challenge. In this research, scientists have overcome this hurdle of assembling the gold nanorods into the surface which opens up their avenues for various applications.

“Gold nanorods are now being synthesized with good control on their physical dimensions, their organization in a substrate with controlled orientation have often been difficult to achieve due to colloidal instability and agglomeration”

“Our study showed that it is possible to assemble gold nanorods in a micron-sized macro sphere in a fluid-fluid interface. Using controlled evaporation of the solvent, gold nanorods are assembled as a ring on microparticle. The composite particle could then be assembled in a much more controlled manner on substrates to make sensors and functional components of a device where gold nanorods serve as the active component,” Dr. Maniadded.

The team aims to decrease the time required for gold nanorods to adsorb on the macro particle and improve the process of self-assembly to expedite the adsorption kinetics. As per the scientists, the throughput of the process is limited by the interfacial area due to which scaling-up to the large interfacial area needs further optimization of the process. The research team also has plans to carry out fundamental studies on controlling the number of gold nanorod rings, relative configuration of the gold nanorods within the ring (end-to-end or side-to-side pattern) and their position on the macro particles.

The paper has been published in the journal Physical Chemistry Chemical Physics. The research team includes Dr. Ethayaraja Mani and Neethu Thomas from IIT Madras and Sanjana Shivkumar from Government Engineering College, Thrissur.

Nanorods are nanostructure that are the object of fundamental and applied research. They may be prepared from gold, zinc oxide and many other materials. They are bigger than individual atoms and also than small molecules. Their mechanical, electrical and optical properties depend upon their size, allowing for multiple applications. Nanorods may also be functionalized for different applications.