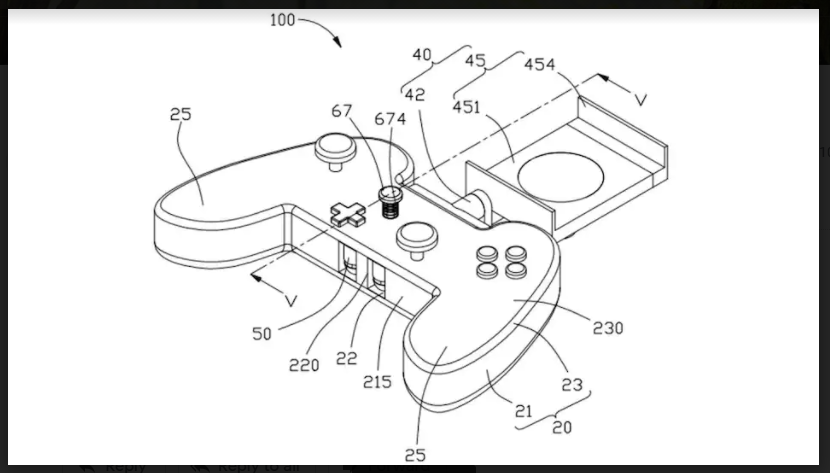 Oppo might have a mobile gaming controller with an earphone storage compartment in the pipeline. An older patent that was filed in September 2019 for this tool with filing number CN112451961A was spotted and the image in the patent depicted an Xbox style controller with a phone mount attached to the top and two slots at the bottom. Though Oppo hasn’t shared any information about it yet and it is not confirmed if this will ever be seen.

As reported by ITHome, The patent that carries the title “game controller” has been published by Oppo Guangdong Mobile Communications which shows a controller that has two analogue sticks, a D-pad, and four or five buttons. The analogue sticks are miss-aligned similar to the Xbox controller. On the top, a phone mount is attached that will allow the user to still access the USB port and headphone jack on their phone, if there is one, while gaming with the controller. Some controllers attach to either sides of the phones effectively blocking the USB port and headphone jack.

The purpose of setting up of six STIC in different parts of the country is to strengthen the industry academia ecosystem and encourage space technology start-ups, and that NIT Rourkela will provide the required infrastructure inside its academic campus. mentioned the Director CBPO, ISRO HQ, Dr P V Venkitakrishnan, in a virtual meeting.

The report also mentions that there is also a housing to accommodate earphones which says that when not in use, the earphones can be stored in the controller for easy access. The slots at the bottom, look like they house true wireless stereo earphones but it is not yet know of how it would work. Along with it, there is a central button that a bit elevated off the controller which could just be a representation for a power button. Both the Xbox and PlayStation controllers have power buttons located respectively.

As of now, Oppo has not shared any information on a mobile game controller. We will have to wait for the company to share more information on the controller as details such as compatibility, usability, and functionality would be pure speculation at this point.