Do patents really protect innovation and what can be protected? 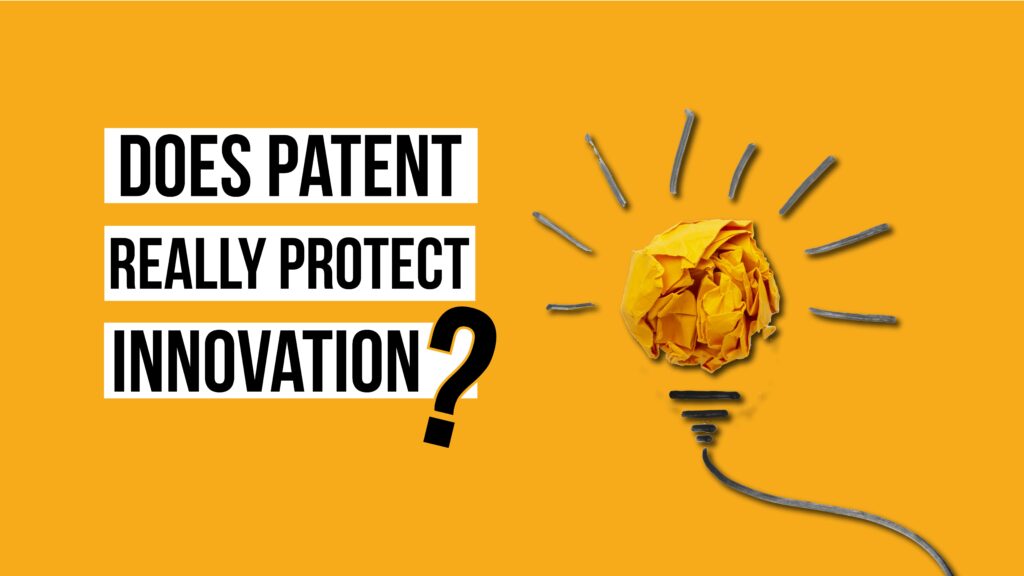 Inventions are original creations by a person to solve problems. They generate from a mere idea. Since, they are a creation of the mind, they can be patented under Intellectual Property Rights. However, it must be noted that mere idea cannot be patented, there must be an invention where the inventor has applied the same idea. Patenting an invention assures you that the invention cannot be stolen by anyone. The invention is patented under the name of the inventor and it only belongs to them.

Patenting inventions can also inspire people to create new and non-existing inventions. It has given rise to new sectors like artificial intelligence, mobile technology, communication technology, entertainment technology and agriculture technology. A patent can be granted to an invention which can be either product or process. The grant of the Product patent was added after the Patent (Amendment) Act 2005.

Patenting an invention provides you an exclusive right to use the invention. It also prohibits other from commercially exploiting your inventions. These exclusive rights are provided to the inventor for the 20 years. It is to be noted that patent is territorial in nature. As a result, invention can be protected only in country where the patent was sought.

Generally, the criteria to get an invention patented are different from country to country; but the basic criteria that are required are that the invention should be original and useful. The lasting period for a patent is 20 years, but the patent holder needs to revise their patent every year by paying a fee in order to be rightfully owning the rights of their invention. After the expiry of the 20 years, patents will expire and is open for public use without any legal repercussion.

What kinds of inventions can be patented?

How to get a patent in India?

In India, the legislation that is concerned with the filing and regulations of new patents is the Patents Act, 1970. According to the act, the inventor or their assignee, or their legal representative, if the inventor has passed on, can apply for a patent in the Indian Patent Office, as per their jurisdiction. In case of International Applicant, the jurisdiction of Patent Office can be decided based on address for service in India given by the applicant.

Steps to apply for a patent.

A patent can be applied directly by the applicant or with the help of a registered agent. While going over the expenses, one must consider the following:

The assistance of an agent is a better option. Even though one can always apply for a patent on their own, some legal assistance by an agent will make the procedure more organized and effortless to do.

The steps to follow when one is applying for a patent are:

Why should one get a patent?

The reasons why one must get a patent are:

The process of getting a patent maybe lengthy and confusing but in the longer run it has its own significance. It gives the inventors a surety that their inventions are protected and will not get stolen by anyone else. If any violation occurs, the owner of the patent will have the right to take legal actions against the violator. Patents not only encourage new inventions but also encourage knowledge sharing, that is why they are one of the most significant tools of knowledge sharing ever made.