Rise and downfall of nokia 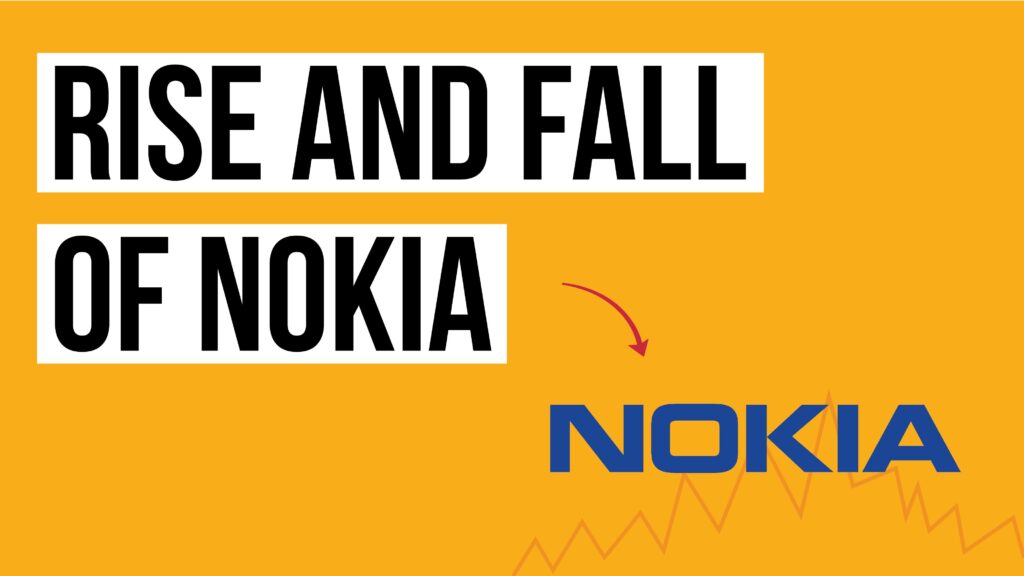 One Finnish company pioneered the mobile phone revolution long before there were applications, touchscreens, or cameras.

Nokia quickly gained market dominance by advertising mobile phones as fashion accessories. Nokia was known for its indestructible structure and multiday battery. Users may alter cover colors, just like watch straps, to turn a mobile into a fashion statement.

Nokia has surpassed Motorola as the world’s top mobile phone manufacturer by 1998.

Nokia had a 51 percent global market share in mobile phones at its peak in 2007. To put it in perspective, Apple today controls around 25% of the worldwide market.

Nokia’s phone industry went through highs of worldwide domination and lows of near-bankruptcy before being sold to Microsoft for $7.2 billion in 2013.

In a statement Stephen Elop, former Nokia CEO said “We didn’t do anything wrong, but somehow, we lost”

Mistakes that hold the era of nokia

The brand’s demise is due to a variety of circumstances, both controllable and uncontrollable. Whatever the case may be, they’ve made a blunder.

Here are four major blunders that contributed to the company’s demise:

Symbian was the name of Nokia’s operating system. While iOS and Android are app-based platforms, Symbian is a device-based platform. They were basically going in the wrong direction. Nokia was using 57 different and incompatible operating system versions by 2009, which was a major headache for the corporation.

Nokia eventually took the plunge in 2011. They didn’t alter for Android, though. Nokia teamed- up with Microsoft to become Windows Phone the company’s core operating system.

Nokia effectively surrendered its market-leading position in 2013 as a result of this manoeuvre, which proved to be disastrous for the corporation. To put this blunder in context, Android today controls over 80% of the smartphone operating system market, while Windows Phone has been phased out. And after some time nokia finally decided to switch into android but it was too late.

Conflicts arose as a result of the reorganization. The fact that numerous managers have equal authority is one of the drawbacks of a matrix organization, which eventually leads to power disputes. As a result, important members of the executive team were forced to resign.

While Nokia was mired in internal strife, Apple, the company’s most serious competitor, was led by a razor-sharp Steve Jobs and was rapidly gaining market share through painstaking design, branding, and execution.

They missed out after the first benefit for smartphones because they were blinded by their success. Nokia may have had a significant advantage over competitors in this area if they had had the resources. Instead, they concentrated on making traditional, robust, and economical telephones, which was the polar opposite of what most consumers wanted.

Smartphones quickly took over, propelled by the elegant iPhone, and pushed Nokia off the top of the mobile phone pyramid