Apple and Google are losing legal battles over patents 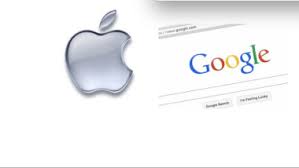 Apple and Google and many more Big Tech giants are losing hundreds-millions of dollars in patent lawsuits as the industry faces increased scrutiny from lawmakers for anti-competitive behavior.

On 13th August both apple and Google have lost big patent cases, Apple lost $300 million jury verdict to PanOptis and Google was found to lose patent battle against Sonos, arguing that the Big Tech giant (Google) stole Sonos’ smart-speaker technology and undercut their prices, at the international trade commission (ITC) in an intial determination by Judge Charles E. would block the importation of Google hardware, including Chromecast and Pixels.

“This was an important trial to determine the jury’s damages award following an initial finding of infringement for PanOptis against Apple,” said McKool Smith. “The jury worked hard to understand the technology and weigh the evidence in this case. Our client is very pleased with the verdict.” He added.

Judge Charles E. Ruled that Google infringed on five of Sonos’ patents, if the prior ruling is upheld, products like Google Home and Pixel smartphones could be banned from import.

“This decision re-affirms the strength and breadth of our portfolio, marking a promising milestone in our long-term pursuit to defend our innovation against misappropriation by Big Tech monopolies,” Eddie Lazarus, Sonos’ chief legal officer, said in a statement.

“We are disappointed that Sonos brought these lawsuits instead of continuing negotiations in good faith, a Google spokesperson told the Times. “We dispute these claims and will defend them vigorously” they added.