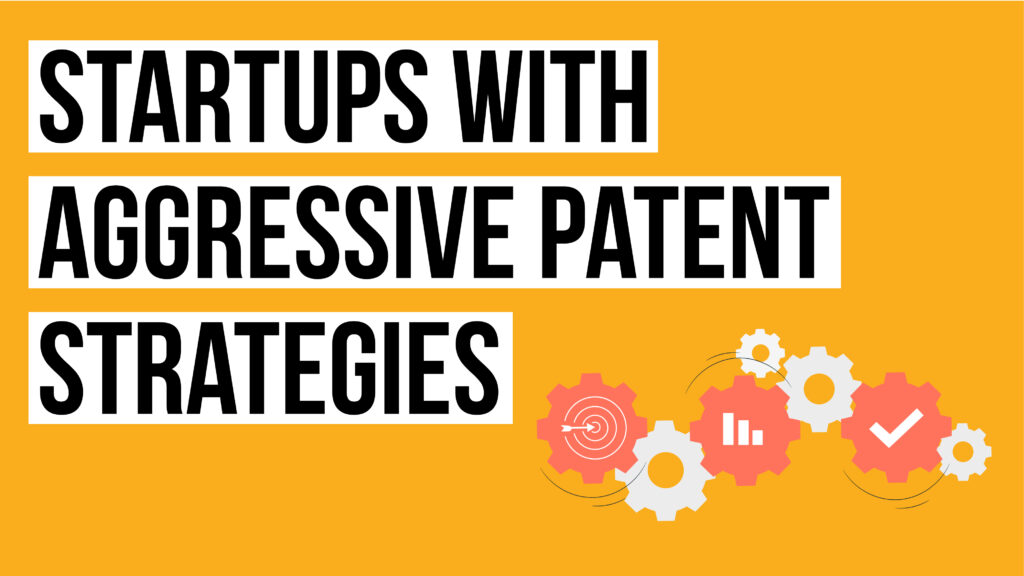 It is always best to start any startup with proper patent strategies for a long term success, as every startup is focusing more and more on Patent so it is very crucial to focus on patent strategies. The key for success in Startup is to strategize the patent.

In this blog we’ll talk about various Startups with Aggressive Patent Strategies. Followings are the startup with patent strategies:

GoPro, we all have heard and used GoPro once in our life. GoPro is an American Technology company which was founded in 2002 by Nick Woodman. GoPro manufacture Action cameras, their own mobile apps and as well as video editing apps.

GoPro have a world class patent portfolio and they have variety of innovation. GoPro’s innovative storytelling solutions and are covered by numerous patents. CEO Nicholas Woodman was the first to file patent in 2004 and then there was no looking back. But in the starting days GoPro worked very pro-actively and because of that it got competitors and the monopoly of GoPro was end but they didn’t give up and then formed strong IP strategy. They looked to capitalize, not only on the action camera market but rather on the community that had formed around their brand. They focused more on creating an IP strategy on branding and copyright. To take advantage of this unfortunate circumstance, they created a strategy around IP acquisitions, licensing and acquiring patents back from Intellectual Ventures. This strengthened and diversified their portfolio.

SolarCity Corporation sold and installed solar energy generation systems as well as other related products and services to residential, commercial and industrial customers.  We all know who owns this company none other than Elon Musk. It has also become subsidiary of Tesla.

They had divided their patent strategies into 5 parts as following:

1.Shifting strategies in respect of patent law, policy, and practice.

2.Embrace of an open-source philosophy

4.Use of trademark law and related rights in its marketing and branding

Square financial services and mobile is a payment based startup and it was founded by Jack Dorsey in 2009. Primarily they sell software and hardware payment products and have also expanded into small business services. But it was the Square Reader that launched the firm’s upward trajectory.

Square had kept their IP strategy very strong from the starting, in fact it had a full IP strategy ready at the time when the company has been started. It filed its first patent, along with a dozen others on the same day. The patents covered the various Square Reader functions, from the decoding card swipe signals, passive identification circuitry, receipt generation, and more.

As a Startup Square thought that keeping the IP assets secure is the only way to get success In general, they wanted to ensure:

Zynga Inc. was founded in April 2007. It is an American social game developer, running social video game services. In May 2014 Zynga Inc. had hired Teddy Joe as Senior Patent Counsel so that Teddy Joe can add on his experience in strategizing IP strategies of Zynga.

As the sole IP patent attorney for the entire company, Teddy Joe was responsible for designing and executing on the global patent strategy. He needed a robust patent management system that could easily map out the company’s portfolio. So according to that Teddy Joe had developed a portfolio keeping in mind both the financial and growth.

As we can see the following startup company had followed and strategized their patent at very early time so they got that much of height and success in the current scenario. Further part will be continued in the next blog about the remaining startups.