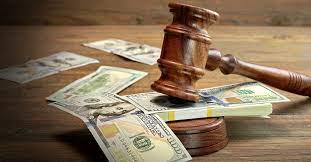 U.S. Court of Appeals for the Federal Circuit Shoots Down Due Process Challenges to Patent Trial and Appeal Board Structure.

On 13th October the U.S. Court of Appeals for the Federal Circuit (CAFC) ruled that the structure of the Patent Trial and Appeal Board (PTAB) does not violate due process rights under the U.S. Constitution, This appeal was from PTAB brought by Mobility Workx against Unified Patents.

Mobility is the owner of the ’417 patent, which is titled “System, Apparatus, and Methods for Proactive Allocation of Wireless Communication Resources.” The patent is “generally directed to allocation of communication resources in a communications network.”

While the PTAB’s decision was eventually remanded to the USPTO Director for survey under Arthrex v. Smith and Nephew, the court said there is no proof that PTAB authoritative patent judges (APJs) have a monetary interest in founding inter partes review (IPR) procedures. Judge Newman contradicted from the larger part’s “endorsement of the status quo.”

The court likewise dismissed down Mobility’s extra constitutional arguments, i.e., that USPTO Director appointment of the underlying institution decision to “the exact same panel of Judges that ultimately hears the case” violates fair treatment and that oppressing a pre-AIA patent to AIA survey procedures “constitutes an unlawful taking of property”, based on its prior precedent.”

The court finished up by saying that, “it will retain jurisdiction over the appeal during the limited remand and that the USPTO must inform the CAFC within 14 days of any decision to rehear and make any request to remand the case in its entirety or to continue the stay of proceedings.”