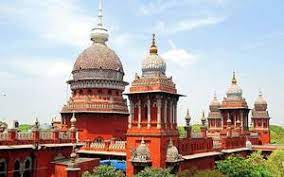 The applicant is the registered proprietor of the word mark ‘Karaikudi’ and device mark ‘Kaaraikudi Chettinad Restaurant’. It contended that it had adopted the trademark Karaikudi in 1989. The applicant and its sister concerns have many restaurants under various marks like Amaravathi, Malgudi, The Dhaba, Amaravathi Bistro, Kabul and Duchess in addition to Kaaraikudi in Chennai.

The respondent runs a business in the city on the premise of the Karaikudi Chettinad Mess trademark, which is used for the identical service restaurants, which amount to infringement of the registered trademark and transfer of service.

Claiming that they have statutory protection against infringement, the applicant sought an interim injunction against the respondent for using the trademark and from passing off, pending disposal of the suit.

On 29th October 2021, Justice G Jayachandran in his order said that “the plaintiff does not make out a prima facie case for any protection to its generic mark to grant injunction restraining the defendant/respondent from using the word Karaikudi Chettinad Mess for their hotel.”

The registered device mark is for devices that are uniquely displayed with an “AA” next to the “K” in the word Kaaraikudi, which is the name of the place and is a common property. The word Karaikudi, the name of the place in Tamil Nadu, is available in the public domain and is used by multiple people in different parts of the state and abroad for the same service and different goods and services.

The order said, “Therefore, when the plaintiff cannot claim monopoly over the mark Karaikudi, there is no loss as alleged and there is no case made out by the applicant/plaintiff for interim relief of injunction. Hence, these applications for injunction are dismissed. No order as to costs.”