WIPO report: 18% of total published patent applications from Indians in the pharmaceutical sector. 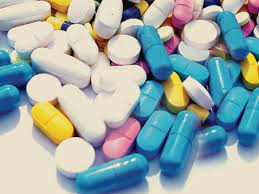 According to the reports of World Intellectual Property Organization (WIPO), Almost 18% of total published patent applications from Indians during 2017-19 are on pharmaceuticals.

India has been filing applications in the pharmaceutical sector in a huge number among the large middle-income countries during the period 2017-2019, applicants residing in India filed 17.8% of total patent applications in pharmaceuticals according to World Intellectual Property Indicators 2021, a report released by the World Intellectual Property Organization (WIPO).

The report said, “Among large middle-income countries during the same period (2017-2019), applicants residing in India (17.8% of total published applications) and Mexico (10.5%) filed most heavily in pharmaceuticals,” “As data are available only up until 2019, it is too early to observe the impact of the Covid-19 crisis on pharmaceuticals patenting activity.”

The report added, “India has around 615 patent examiners with an average experience of 4.5 years, while China has the highest numbers at 13,704 examiners followed by the US (8,132). Average pendency time for the final decision of an application in India is around 42 months, while China and US have 20 months and 20.8 months, respectively. The first office action following a pa tent filing in India is taken in an average period of 18 months from filing.”