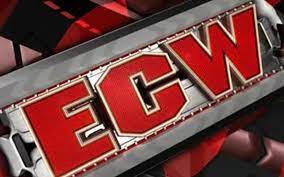 On 20th November 2021 with the United States Patent and Trademark Office (USPTO), WWE has filed a new application for the “ECW” and ‘Sofia Cromwell’ trademark under the computer software and mobile applications category. WWE had purchased ECW in 2003, and ran it as its third wheel from 2006 to 2010.

ECW, on the other hand, was registered for the purposes of “software for the creation of mobile internet applications and client interfaces.” ‘ECW’ usually makes one think that WWE is perhaps going to kick-start the wrestling promotion again. After all, WWE could use a platform to mark the return of the Ruthless Aggression era. However, the application notes that it is marked under different categories.

ECW™ trademark registration is intended to cover the categories of computer software, namely, software for the creation of mobile internet applications and client interfaces. This could be big news as the WWE somehow revive the ECW promotion or they could just create a mobile or PC game, or even both, but there is no conformation yet on what WWE will provide and what it has planned for the ECW brand and on their available updates.